In the United States, Thanksgiving is normally a welcome holiday to spend time with family and friends; however, this year it carries a sense of dread. Universities were proactively requiring students to take COVID-19 tests before leaving campus for the holiday, often with student unions as testing and collection sites. Governors from states across the country have asked colleges and universities to provide testing for all students traveling home for Thanksgiving break before they leave campus.

In a joint statement last week, governors from seven New England states asked that any student who tests positive be encouraged to isolate on campus before they can travel or detail arrangements of their safe travel home with the local department of health.

Also last week, the Centers for Disease Control and Prevention specifically cited college students in an advisory warning against holiday travel, noting that the safest way to recognize Thanksgiving was “at home with the people you live with. People who do not currently live in your housing unit, such as college students who are returning home from school for the holidays, should be considered part of different households.” 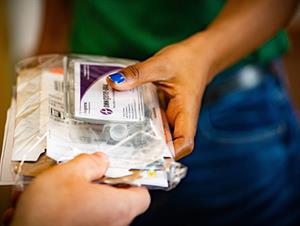 Some of the colleges either urging or requiring student testing include the University of Wisconsin, Duke University, SUNY, Texas A&M, and the University of Oregon and Oregon State University. At Florida Gulf Coast University students were dropping off completed saliva tests in a collection container in the Cohen Student Union and receiving take-home test kits to use before returning to campus. At the University of Maryland–College Park, students leaving for the holiday were told not to return for the remainder of the semester and Stamp Student Union would scale back services beginning November 25.

Even with all the precautions, the rest of the semester has been thrown into uncertainty. Schools are issuing their own guidelines, with schools such as Boston University, the University of South Dakota, and Florida State University also actively asking students to stay home after Thanksgiving. An NBC News article looked into how universities and students are reacting to the everchanging guidelines, with many students and school administrators unsure of how to proceed in the coming weeks.

“The final eight days of instruction, as well as final exams and assessments, will all be delivered in online or other remote modes to allow students to remain at home until the start of the Spring semester if they choose to do so, thus reducing travel and in-person interactions,” said the University of Arizona in an announcement.

Even with potentially several promising vaccines on the way, higher education is collectively doing its part to keep administration, faculty, staff, and students safe, and student centers like Perkins Student Center at the University of Delaware and at Kent State University were serving as testing sites days before the holiday week.