Celebrate Past, Honor the Future with Union Milestones

South African anti-apartheid revolutionary and political leader Nelson Mandela is famous for stating that “Education is the most powerful weapon which you can use to change the world.”

But that’s not the only guidance he’s offered relevant to college and university professionals. His advice to “Remember to celebrate milestones as you prepare for the road ahead,” for example, also hits home with campus communities as opportunities arise to celebrate accomplishments and successes with unique landmark anniversaries.

Whether you’re commemorating a first anniversary, 10 years, or even 100-plus years serving student communities, these celebrations provide opportunities to reflect on success, express appreciation, highlight uniqueness, and fuel future growth.

A Focus on Students and History

The University of Wisconsin--Oshkosh’s Reeve Union, which opened in September 1951, has celebrated a rich history of its milestones, including the recent renovation of the front of the union building.

Based on her experiences commemorating such events, Jean Kwaterski, assistant vice chancellor for campus life in the Division of Student Affairs at Oshkosh, offered to share some of the ideas she included on the topic in ACUI’s Open Forum.

Her first tip: Get students involved in these events.

“Form a committee which includes students,” Kwaterski said. “We have a student advisory board, so they were involved. They also spoke at the ribbon-cutting event. We had refreshments and speeches at the event.”

Kwaterski also suggests that student leaders provide reflections on union history, which can help inform students’ understanding of the past and present — and inspire direction for the future. To provide historical context, Kwaterski said the Reeve Union added a detailed timeline to its website in both written text and infographics.

For in-person celebrations, Kwaterski recommends installing a physical display in your union featuring historical images and other memorabilia and inviting former union directors to speak. Then, look toward the future by burying a time capsule to be opened in 10, 15, or 50 years.

In 2021, the University of Wisconsin--Oshkosh celebrated its sesquicentennial anniversary, marking 150 years since its 1871 inception as the Oshkosh Normal School for teacher training. To honor that celebration, the university created a special logo helping to promote and commemorate the milestone anniversary. “For our sesquicentennial, we added the logo to our email signatures and had some giveaways with the 150th logo [appearing on items,]” Kwaterski said.

John Sagehorn, coordinator for resource center at the University of Colorado, had additional ideas for giveaways, including those that “highlight how the union is a place for every student.”

Sagehorn also suggested unions memorialize the past via retro-themed promotional items and highlight blueprints, construction plans, and improvements over the years.

In a similar fashion, the University of Georgia celebrated the 30th anniversary of its Tate Student Center with speeches from alumni who participated in the center’s 1981 groundbreaking, 1980s music, and even an airing of the 1986 film “Top Gun” in the Tate Theatre. And when Western Michigan’s student center celebrated its 50th anniversary the celebrated was initiated with a kick-off event that included some of the traditional activities – cake, a ribbon cutting, and speeches from past union directors – but also a progressive series of dance performances reflecting the past 50 years. Western Michigan also followed that event with a full year of recognition activities, including an alumni pub night.

Sagehorn also suggested giving students a sneak peek at the inner workings of a student center.

“I'm always a fan of holding special tours of the ‘secret’ areas of the union that average people don't get to see as a fun way to engage current students,” he said.

A few other ideas that have been successful in highlighting union anniversaries and milestones include: 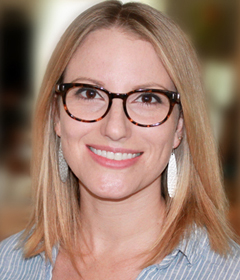 Christine Preusler, Managing Editor at The Wyman Company in Gainesville, Florida, writes The Lead for ACUI's biweekly newsletter, The Bulletin. Christine uses more than 15 years of experience in publication management and a master’s in mass communications from the University of Florida to highlight the latest industry news and create thought-provoking content. Contact her via email (cpreusler@thewymancompany.com) with story ideas and announcements you'd like to see in the newsletter.