Welcome to The Bulletin’s annual edition of What’s New, which takes a look at some of the latest services, interesting amenities, and socially-significant changes to student union environments over the past year. From renaming a student union after a past student government president to self-serve fro-yo machines, these changes put a new spin on what unions can offer their diverse communities.It should be of particular note that many of these new changes reflect a deepened commitment to diversifying services to broader constituencies on campuses. These include new student organizations, new and refined spaces for student groups, and enhanced services for diverse communities that represents a campus culture that recognizes the significant contributions of an array of affinity groups. Students identifying as BIPOC, LGBTQ+, and/or with disabilities are all recognized for the incredible contributions that ACUI has witnessed in the past year.

Enjoy these glimpses of what has been changing on ACUI campuses, and don’t hesitate to jump in at the comments section below if you have another new experience or event to share! 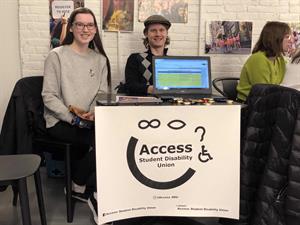 Sensory-sensitive game nights, accessibility advocacy, and raising awareness during virtual campus events at Emerson College are among the list of accomplishments for the new student organization, Access: Student Disability Union. Student government association student accessibility services commissioner, Harper McKenzie, helped get the new organization running for students with disabilities and their allies, and the group has been meeting in a Campus Center space and sharing information through social media (@AccessSDU). Outgoing Access president, Zach Swasta, on his experiences with the organization: "I may have been insecure, thinking I had no sense of community at Emerson, and that no one cared about what I had to say. The Access community proved me wrong. Here I had a sense of belonging, and a sense of caring."

Pictured above:
Access president Harper McKenzie, left, and Access co-founder and past president Zach Swasta during a tabling event at Emerson. 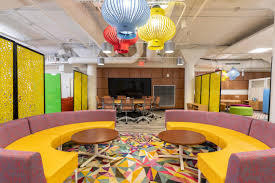 They are moving on up, literally, from the basement of the events facility, Newcomb Hall. The campus multicultural student center raised its profile with a move to a former game room space on the second floor, and the LGBTQ+ Center moved from the basement to the third floor into what was formerly known as the Kaleidoscope Room. A new Latinx student center made its home in a former gallery space on the same floor as the LGBTQ+ Center, and a new Interfaith Center took over a fourth-floor space formerly occupied by three meeting rooms. 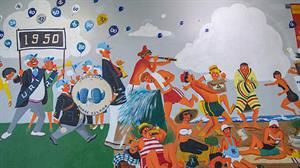 A planned renovation project at Memorial Union and complaints student affairs officials heard from students about the “homogenous” content of a wall mural set the stage for removal of the art depicting student life in the 1950s. “These murals are a snapshot in time and no longer represent our diverse community,” the university said, yet still a statement about university culture at the time. So the union enlisted an art professor to look at preservation: “We should strive as an educational institution not toward removing history, but moving toward contextualizing the mural to open discussions about our university culture in the 1950s and how it differs from who we are now,” said art history professor Ronald Onorato.

In 1987 he became the first African-American and first non-fraternity member to be elected student government association president at Auburn University, and today Georgia Supreme Court Chief Justice Harold Melton has his name on the student center at Auburn. In September, the Auburn University Board of Trustees voted unanimously to rename the student center in his honor. Melton has been a member of the state supreme court since 2005. 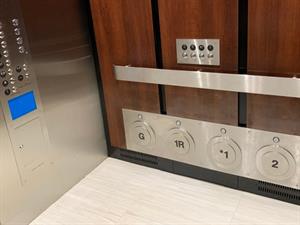 Not only have they been a benefit to students with disabilities, but now the new floor-level elevator controls at the Armstrong Student Center help everyone reduce touching high-traffic surfaces with their hands. Located both inside and outside the student center elevator, the floor-level controls are also an aid for anyone carrying a load of books or other items. 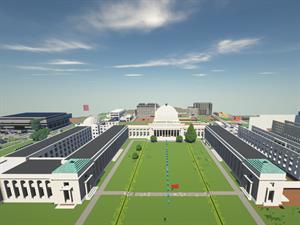 With the pandemic keeping students away from campus, a volunteer student group called the Student Information Processing Board brought the campus, including Stratton Student Center, to the students while they were at home using a Minecraft server. Using the world’s biggest selling video game, students were able to become virtually engaged with their student center and other buildings, adding items that replicated both the existing interiors and exteriors.

Going virtual at Rice University and its student center this summer did put the brakes on work being done by the Partnership for the Advancement and Immersion of Refugees, a student organization that traditionally would have been mentoring refugee youth at Houston area middle and high schools. Instead, PAIR not only continued to offer academic support and social bonding via online tools, the group also conducted college application workshops and even dance lessons. 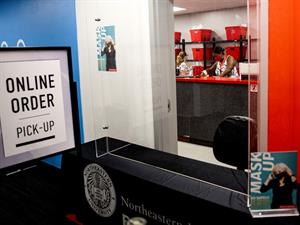 Last year the bookstore at Northeastern’s Curry Student Center churned out textbook sales totaling nearly 8,000 items, while also being the prime location for new students and families to purchase university-branded items. The pandemic and the need for a cost-saving renovation put an end to those crowded aisles at the Barnes & Noble store as the semester geared up and students were instead able to visit a pick-up window at nearby Ell Hall. 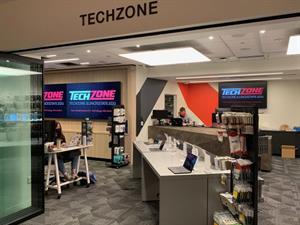 Student technology services have never been in demand more than now, so the addition of a new TechZone and Student Technologies office at Illinois State’s Bone Student Center could not have been timelier. Students can learn about upgrades to the campus learning management system, ReggieNet, participate in a new student technology orientation program, shop in an expanded tech retail area, get support at a socially-distanced walk-up help desk, or see how that stuff works in a designated demonstration area. 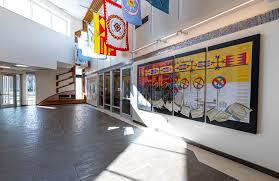 Multicultural centers. Veteran’s Centers. Faith Centers. Now South Dakota State can add the American Indian Student Center at the Brookings campus as an example of outreach to an expanded group of communities. Initiated as part of South Dakota State’s strategic plan, the new center gives space to students and community members of the state’s nine reservations, and others, interested in classes, meetings, cultural programs, and other activities. 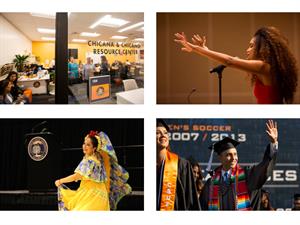 Seeing the change as a sign of unity and diversity, Fullerton’s “formerly known as” Chicana and Chicano Resource Center formally changed its name to the Latinx Community Resource Center, according to the Division of Student Affairs. Before the decision was made workshops were hosted on terminology, information on other California-based cultural centers was gathered, surveys were conducted, and informal discussions were held with students and other stakeholders. 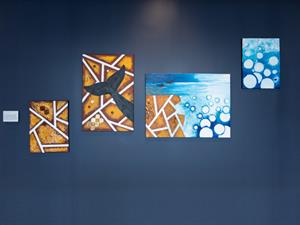 There was no shortage of art supplies when College of New Jersey students and the Center for Community Engaged Learning and Research began work on a new installation for Brower Student Center. The medium to be used was plastic, which humans produce at just about the same rate each year as the world’s population weighs. The upcycled single use plastics were used to create an abstract image over four staggered canvases of a pod of whales fleeing from a polluted environment toward a pristine aquatic oasis. 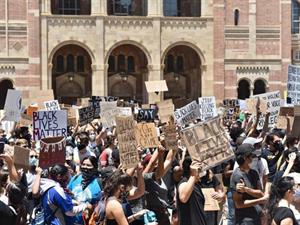 One call that went out at campus protests here after the killing of George Floyd was for the creation of a Black Resource Center, an initiative led by the Black Graduate Student Association and the Afrikan Student Union. After a campus referendum failed with 49% of a vote to have student fees cover rent for a center at Transfer Student Center, university administrators went ahead with the announcement that the resource center would become a reality after all. 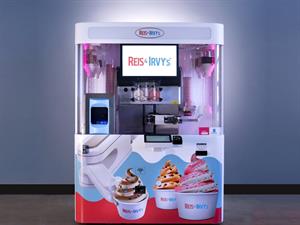 Robot frozen yogurt anyone? Four bucks for the regular, five for the large, the frozen yogurt is served from a self-serve machine now located on the second floor Lobdell Food Court in the student center. Service takes about 60 seconds, the machine takes cash or credit, and it is in operation 20 hours a day, every day. Oh, and it offers six different toppings: the first two free and the next are $1 each. 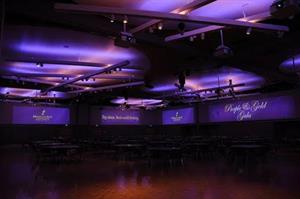 Everybody loves lasers, so Centennial Student Union brought in 17 of them to offer near perfect surround video in the union’s main ballroom. The Sony laser projectors will offer color-matched projection around nearly the entire perimeter of the room, which should make for some incredible experiences at the festivals, banquets, lectures, community expos, and wedding receptions that the multi-functional space hosts. Apparently, the near-360 degree surround viewing is the first for a conference space in the state.