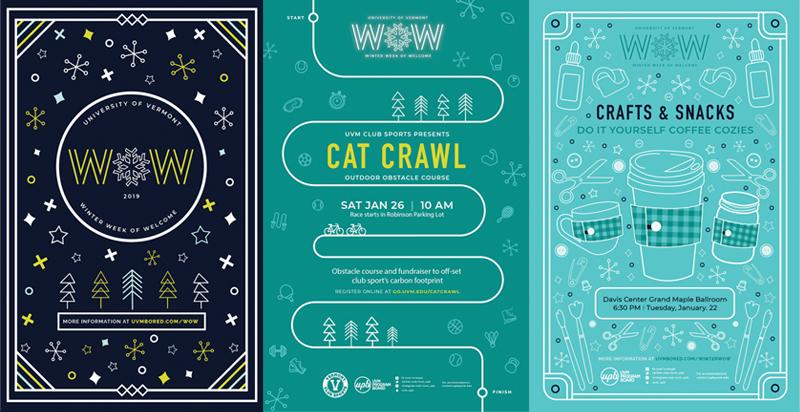 ACUI’s Steal This Idea contest, an Association tradition since 1992, has been a way to showcase the marketing skills of students and professionals through an exhibition of their work that was designed to promote campus events, activities, and important announcements over the course of the year. This year it is presented for the first time as a special online edition of The Bulletin, in addition to the complete list of winners published at the Steal This Idea webpage.

Steal This Idea first became a centerpiece of ACUI’s The Bulletin in the 90s, when projects were submitted to compete in eight different categories. This year over 350 entries were submitted into 16 different categories, in addition to an opportunity to earn the Best in Show award. From logos to wall art, brochures to digital campaigns, this year’s entries highlight a vast pool of unique talent and creativity working toward one message: that student unions and all they encompass are where campus life begins and ends. The entries also reflect the geographic expanse of ACUI’s membership, as the University of Maryland (13), Indiana University—Bloomington (11), and California State University—Los Angeles (11) contributed the most entries. 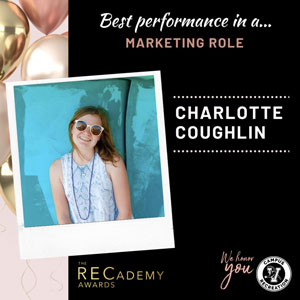 The University of Vermont had four entries, but earned two first place awards – one in the Student Promotional Campaign category (Sara Jaye), and the other in the Logo/Brand Identity category (Charlotte Coughlin). Coughlin’s work branding campus recreation’s Winter Week of Welcome was then judged to be the Best in Show selection this year. The annual event, held each January in the Davis Student Center, includes indoor ice skating, a chili cook-off, live music, and lots of free stuff.

Coughlin’s winning work was done in her role as a graphic designer and marketing assistant for campus recreation, and she’s also worked as a marketing assistant for student life and as a chalkboard artist for university dining. Earlier this year campus recreation awarded Coughlin one of its RECademy Awards “recognizing exceptional student employees within the department.” Her RECademy Award was for “Best Performance in a Marketing Role.” 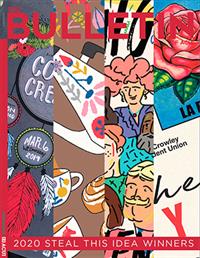 Enjoy this special edition of The Bulletin as ACUI announces the winners of its 28th Annual Steal This Idea competition.

Inspire others with your own marketing and design projects! Enter the 2021 Steal this Idea contest to showcase the work you or your team have completed throughout 2020. The deadline to submit your projects is December 18.