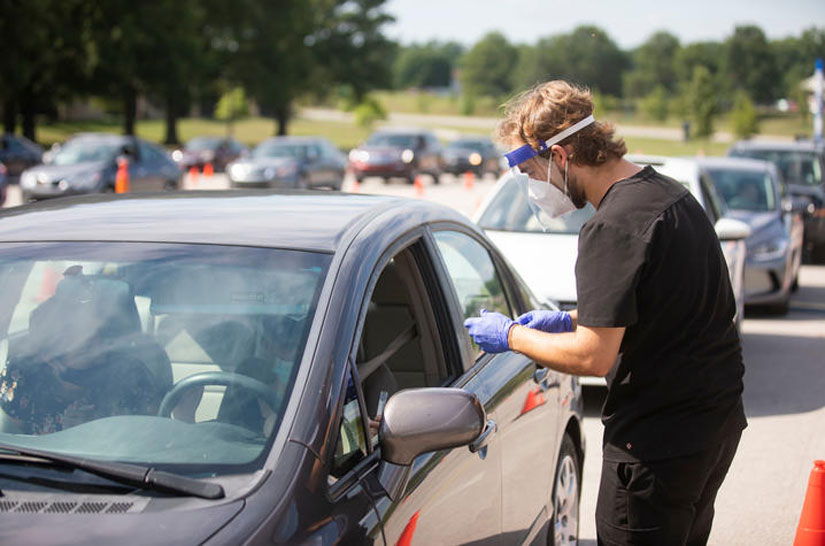 This month, university and college campuses open back up for the fall semester. Some schools continue virtual operations while others reopen in-person classes, facilities, student housing, and more. And despite an attempted return to “normal,” the COVID-19 pandemic still casts a long shadow over in-person gatherings and operations. But schools have made great strides in preparing for students returning to campus, and COVID-19 testing ranks as one of the most proactive moves so far.

It’s no secret that frequent testing contributes to safety, cleanliness, and overall health. Researchers from Harvard and Yale published a study in the JAMA Network Open journal that found testing students every two days will help curb outbreaks. And schools have already begun rolling out expanded testing procedures and enacting new requirements for students. At public New York Schools like SUNY and the University of Albany, students must pass a COVID-19 test to even return to campus.

Schools across the US are adopting testing procedures based on local and state government mandates and internal guidelines. UC San Diego’s “Return to Learn” program includes a key testing component, which tested students back before the summer semester began and now “facilitate[s] regular virus testing for students, faculty and staff.” Duke University has administered 5,765 tests to students since August 2, and “students are required to get a COVID-19 test before they are permitted to enter university housing or attend class on campus.” The University of Southern Mississippi and Penn State have also made frequent testing and requirements part of their reopening plans, with Penn’s “Student Campus Compact” particularly focusing on increased testing and monitoring.

For many schools, testing has proven to be a valuable resource in detecting COVID-19 cases early and preventing outbreaks. The University of Alabama has found a low positivity rate on its three campuses. The University of New Hampshire will soon open an in-house testing lab to get testing results in 12 hours, an improved timeline from previous testing sites. The University of Illinois Urbana-Champaign expanded its testing to include students living in the local community and/or only taking online classes.

Northeastern published a news article describing the testing process by a student on campus. The Cabot Physical Education Center acts as the on-campus testing site, available “for anyone from the Northeastern community on the Boston campus who does not show COVID-19 symptoms”; however, “people with symptoms of illness will be tested elsewhere on campus.”

Dave Luzzi, senior vice provost for research and vice president of Northeastern’s Innovation Campus, said, “We want to get everybody on campus tested right now, including all of the graduate students that are in the labs.” Luzzi also emphasized the importance of quick testing with quick results. “We don’t want you to lose a big chunk of your day to being tested,” he said. “We want to be executing this process at a very rapid speed, which is why we have so many stations.”

Unfortunately, the pandemic remains a pervasive problem. UNC-Chapel Hill reversed in-person fall operations due to a COVID-19 outbreak, Michigan State cancelled in-person classes two weeks before they were set to start, and Notre Dame delayed in-person classes for at least two weeks. Illinois State University shifted most in-person classes to virtual after learning it would no longer receive necessary testing supplies. And schools like Clemson University have reportedly run into testing issues such as miscommunication and confusion over policies and random testing as opposed to comprehensive testing

Similar to state responses to the pandemic, each school will need to adopt and enact its own testing procedures to keep students, faculty, and staff safe. Fall may have just begun, but a long road lies ahead for continued testing efforts.