Up In The Air: Campuses Vary on Masks, Distancing, and Bias Enforcement

Even with an increasing number of U.S. universities opting for online education this fall in response to a nationwide increase in COVID-19 transmissions, many universities are spinning out promotional campaigns for students returning to campus that underscores the importance of wearing masks and physical distancing. Purdue University has the Product Purdue Plan, Miami University in Ohio was going with “Healthy Together” until July 27, when it announced a return to online only for the fall, and there’s the “Buckeye Pledge” for students at The Ohio State University. At Montana State University the slogan is “Catch Trout, Not Covid-19,” and the University of Mississippi is heightening awareness during its first days of open campus with its “Groovin’ at Move In” campaign. 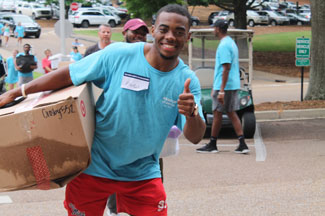 As masks and hand sanitizers become the new welcome back SWAG, as universities contract to spend millions of dollars with private companies for student testing, and as new student codes of conduct are created to address the pandemic, questions remain about how safety protocols will be enforced, who will enforce them, and how issues surrounding discrimination related to wearing (or not wearing) masks will be addressed.

One challenge will be when students may need to follow two sets of safety requirements: one enacted on-campus, and another in the off-campus community. When a different set of recommendations or mandates apply, that sets the stage for an overreach of the authority colleges have, according to the Foundation for Individual Rights in Education. In addition, the advocacy group Disability Rights UK found in a recent survey of people with disabilities that 40% of the respondents had a hidden disability affecting their ability to wear a mask, another 13% said they needed to lip read, and nearly 60% said they feared being challenged for not wearing a mask. Just as many said they did not have the confidence to stand up for themselves if they were challenged.

U.S. Senators Kamala Harris and Corey Booker, in a letter to U.S. Attorney General and the director of the Federal Bureau of Investigation, have asked that law enforcement agencies provide training and guidance on policing bias related to disproportionate or selective enforcement during the COVID-19 pandemic. The letter came after a number of incidents involving police enforcement of mask-wearing involving Black men:

In a recent article in the Washington & Lee Law Review, Robert Gatter, Saint Louis University School of Law, and Seema Mohapatra, Indiana University McKinney School of Law, wrote that Black Americans risked being targeted by law enforcement, the employees of retail establishments, or their own neighbors for wearing masks. In warning that, based on existing case law, lawsuits seeking relief for race-based enforcement of a mask requirement would likely come before “a deferential judge deploying lenient standards of review and opining that civil liberties take a back seat to civil order during an emergency,” they determined that mask recommendations, not mandates, were the better solution.

They justified that finding by writing that:

At the University of Madison—Wisconsin, chancellor Rebecca Blank said the university would support the area health department’s public mask mandate requiring everyone age five and up to wear a mask in any building where others are present. In announcing the mandate, health department director Janel Heinrich included a statement related to mask discrimination after some African-Americans had been perceived as threatening when wearing them, according to the Wisconsin State Journal. “People should assume that everyone wearing a mask is doing it to protect you and themselves,” she said. “If someone is not wearing a mask, assume they are genuinely not able to do so.” 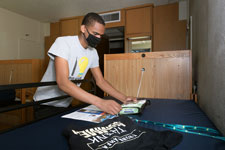 Recommendations, not mandates, have been the approach most universities have taken as they prepare for some students to return. At Purdue University, when 500 students attended summer and early start programs earlier this month, only three of 503 students arriving to the campus tested positive for COVID-19 (fewer than 1%). This fall students headed to campus will be tested from home through a telehealth visit conducted by Vault Testing using the first FDS-authorized saliva-based test. The test kit gets overnighted to the private lab and results are expected 48 to 72 hours later. Vanderbilt University is requiring all returning students to be tested within 14 days of arriving on campus with an at-home test the school has provided, and it’s said all students will be tested again, on-campus, within the first month upon arrival.

Texas A&M University System has hired Curative Inc., a testing company in California, to send 15,000 test kits with mouth swabs to its campuses each month. Chapman University will use Laboratory Corp. of America for student testing, the University of New Hampshire contracted with ConvenientMD and Quest for free student testing, with testing to occur no earlier than eight days before arriving on campus, and in Alabama all college students will begin being tested on Aug. 4, for free, through $30 million in funding from the CARES Act.

As students begin to arrive this fall, administrators hope the power of positive influence and student buy-in will be the most important part of keeping campuses safe, according to Purdue Associate Dean of Students Jeff Stefanic.

“We’re hoping our ‘Sell it, don’t tell it,’ approach is going to work, along with some soft enforcement methods if there is non-compliance,” he said.

At this time Purdue has no plans of adding additional language to its existing student code of conduct to address non-compliance with physical distancing and masks, he said, as existing sections on student non-compliance and endangerment are appropriate mechanisms if enforcement needs to occur.

“We’re avoiding making it an issue-specific statement in the code of conduct,” Stefanic said. “Our students want to be here, and they know there are going to have to be trade-offs.”

In speaking to the Board of Trustees at the University of South Florida, the university’s general counsel sent the same message when asked how mitigation efforts would be policed. “A public health campaign is the best approach and students have a vested interest in compliance,” general counsel Gerard Solis said in a statement from the university.

Texas A&M University and Michigan State University are just a few of the universities saying they will use either new or existing misconduct hotlines to enforce social distancing and mask wearing mandates and recommendations on their campuses. Michigan State's Community Compact requires wearing face coverings while on school property, keeping at least six feet of space from other people, frequently washing hands and using sanitizer, and self-monitoring for flu-like symptoms. Those witnessing violations are asked to report them to the MSU Misconduct Hotline. Violators will “be subject to disciplinary action in the same manner and magnitude as violations of other university policies,” according to the compact.

A recent survey of institutions by the education consulting firm EAB found that only 17% of respondents were updating codes of conduct to incorporate physical distancing or quarantine guidelines, but 37% were still considering making changes, with another 11% unsure. Respondents considering changes to their conduct code reported a wide range of plans for sanctions from: none at all, to referring students for additional education and coaching, to banning students from campus for two weeks for repeated non-compliance.

Purdue, Ohio State University, the University of Nebraska and many other universities are preparing to distribute hundreds of thousands of COVID-19 safety kits to students upon arrival to campuses, most of them containing several masks, digital thermometers, hand sanitizers, and disinfectant wipes. Some campuses are considering additional harm reduction tools, like distributing contactless door openers as a way to reduce transmission opportunities.

Some of those kits may be left on the shelf as the landscape for students returning back to on-campus classes has changed dramatically within the past 60 days. Announcements of the switch back to on-line only are increasing, while others are reducing the number of students allowed on campus, and still others shortening semesters. The Chronical of Higher Education has tracked plans for roughly 1,260 colleges since May, when nearly two-thirds of institutions had planned on in-person instruction. By late July, about 49% said they were on that track, another third planning a semester with a hybrid mix of online and in-person classes, and another 13% offering online only instruction. 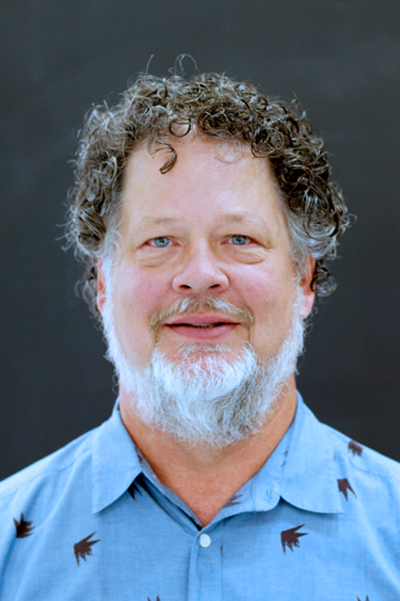