A Conversation: Supervisor and Employee Talk About Their Onboarding Experiences

Zac Lomas, a recent graduate of Binghamton University with a Master of Science degree in student affairs administration, last summer accepted his first full-time position in student affairs as a staff member at Rutgers University’s Camden Campus Center. An exciting and stressful time for both Lomas and his supervisor, Campus Center Assistant Director Chrissie King, it was also a first on-boarding experience for each of them in their current professional roles. Following is an exchange between Lomas and King that touches on what they did during the onboarding process, why they did it, and how it worked for each of them in creating a successful process. 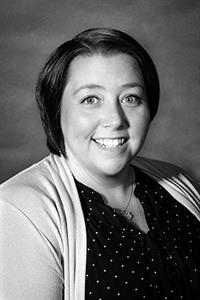 King:
The first step in a successful onboarding experience is maintaining an open line of communication. From the moment I was able to offer Zac the program coordinator position, and he accepted, I made it a priority to ensure there was a level of consistent communication between us. I made it a point to email him information and task items that needed to be completed prior to his start date, as well as share general details and helpful tips about the area around campus as he was moving from out-of-state.

Lomas:
Staying in constant contact with Chrissie was critical in assisting with my transition to my first full-time position within student affairs. Chrissie answered all of my questions and made sure that I knew what needed to be done before I actually arrived on campus. The ability to connect with my new supervisor about position-specific tasks, as well as more general questions and concerns, helped put my mind at ease during the inherently stressful act of moving and starting a new job.

King:
This was the first time I was responsible for onboarding a new professional staff member, so I wanted to make sure that I had all of my ducks in a row. Our university’s human resources department provided me with some information for managers onboarding new employees, but the short checklist seemed insufficient in creating a holistic onboarding experience. The list did include basic tasks that needed to be prepared prior to Zac’s first day, such as getting his Rutgers ID and setting up his email account. I expanded the list to include ordering basic office supplies prior to Zac’s arrival, ensuring his computer and office space were clean and orderly, ordering staff shirts, and creating a customized welcome basket (during one of our phone calls I had asked Zac to share some of his favorites hobbies, interests, and de-stressers). It was important to me that Zac feel welcome on his first day and be ready to get to work! 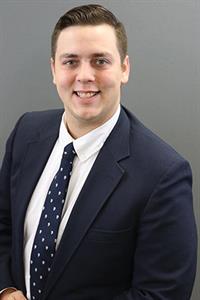 Lomas:
Having logistical requirements out of the way before starting allowed me to focus on actually learning the specifics of my new position, and it afforded me the opportunity to begin to settle into my new environment. The welcome basket (complete with candles and bath bombs!) made me really feel welcomed and at home, and that made the transition much easier than I had originally anticipated. I instantly felt like I was a member of the campus center team, which allowed me to feel confident in my choice to begin my professional career at Rutgers–Camden.

King:
I love manuals! From the moment I found out that I would be chairing the search for the program coordinator position, I knew that I wanted to create a manual specific to the position. The manual helped break down the different aspects of the position and went into specific details for various tasks specific to the position, and also included contact information for key campus colleagues, expectations for the position, and log-in information for various software. The manual was instrumental in guiding Zac, and myself, through his first month on the job.

Lomas:
I also love manuals and was thrilled to discover that Chrissie had taken the time to prepare one for my new position. The manual allowed me to learn the essentials of my job function, while also providing a helpful rolodex of information to reference. The manual also provided me with a foundation of information that I use on nearly a daily basis, and it helped make the transition into my new role nearly seamless.

King:
I wanted to ensure that Zac did not feel like I was just throwing him into the mix to figure the job out on his own, so I created a timeline of Zac’s first few months in the new position. I scheduled different topics for different days, so we had a plan of attack and did not miss anything that Zac needed to learn. We scheduled one-on-one weekly meetings, took a detailed tour of the campus center, as well as a tour of the campus. I was cognizant of inviting Zac to key campus meetings during his first weeks on campus, so he could meet our colleagues and get involved as quickly as possible. We also incorporated items from the timeline into Zac’s goals for the upcoming years, including scheduling lunch with colleagues from around campus, joining a campus committee, and getting more involved in our professional organization, ACUI. As we continued to move through the first six months there were many tasks that transitioned to becoming Zac’s sole responsibility, such as conducting work order meetings with our facilities management team and being more involved in student supervision.

Lomas:
Chrissie’s detailed timeline allowed me to compartmentalize different aspects of my job and prevented me from feeling overwhelmed with my new responsibilities. Additionally, intentionally including me in meetings with campus partners allowed me to build important relationships early, while learning more about the campus culture.

Successful onboarding must include a list of tasks for managers and employees, but the process does not end when the last box is checked; it must continue throughout a professional’s acclimation to a new position and new campus. Each new event, program, or tradition offers supervisors and their employees an opportunity to continue the onboarding process. This extended process provides a growing foundation of both knowledge and support, easing the difficulties of employees transitioning into a new position. It is nearly impossible for a new employee to understand an institution and their position until experiencing a complete academic year, so supervisors should intentionally incorporate an on-boarding mindset throughout the year that boosts confidence and empowers a sense of self-advocacy in the new employee.