Welcome to Mohawk Students’ Association’s The Student Centre, where some sections, over 130 years old, have been designated a historic building under the Ontario Heritage Act, and where a day does not go by that students aren’t involved in every aspect of operating both facilities and services. The Student Centre was initially constructed in 1986, and was the first stand-alone student center at an Ontario College. 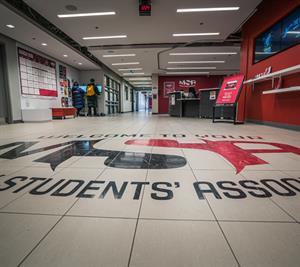 Originally founded in 1964 as the Student’s Union Corporation, the Mohawk Students’ Association has evolved into a completely self-contained, self-supporting corporation with an annual budget funded solely by essential and optional student fees (75%) and business operations and other revenue generators (25%). “There is not one decision made here where there is not a direct link to a student being involved in that decision,” said executive director Alan Griffiths. “In this industry, complacency just doesn’t exist. Every year you have a new set of student leaders so we are in a constant state of innovation and evolution. It’s probably the greatest thing ever.”

The association operates a health and dental plan office, a student transit pass service, convenience store, legal aid office, a food bank, a free career clothing closet, graduation photo service, and equipment loans for items like calculators and lab coats. Between 2012 and 2016 the association funded $3.5 million in building improvements that 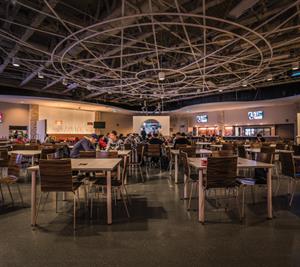 included a new welcome desk, renovation of a food court and a revitalization of a 500-seat lounge, banquet hall, and cafeteria called The Arnie, addition of a study lounge, and a “refreshing” of the centre’s historic pièce de résistance, The Cellar. The former root cellar, built in 1891, serves as an intimate 150-seat restaurant and pub distinguished by brick barrel-vaulted ceilings  that rise from two rows of nine barrel-vaulted alcoves that 100 years ago served as winter storage spaces for vegetables, apples, and other foodstuffs. It remains one of only a few surviving institutional root cellars in Ontario and in 2002 was designated a historic site, yet also evokes a modern appeal through lighting, modern amenities for customers, and a large selection of student artwork created through an annual student competition. The works are digitized and enlarged and placed on large, nearly 10-foot high backgrounds, and placed throughout the alcoves.

As the largest employer of students on campus, the students’ association hires about 50 part-time student staff members each year in positions ranging from food services to student engagement, with an organizational direction set by a student-elected 13-member student board of directors that changes annually.

The association advocates for students on topics ranging from academic issues, to college decision making, and its members sit on a variety of administrative committees, including the Mohawk College President’s Advisory Council. 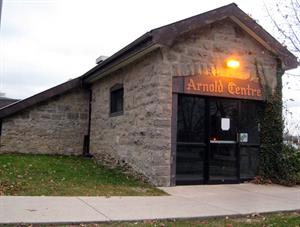 “Students from every decade come with their own ideas,” Wendy Rolfe, a 30-year employee of the association said. “And every time you think you’ve got it figured out, you go, ‘wow,’ because the next generation brings something new to the table and a unique skill set.”  Griffiths added, “It’s a learning experience for the student and as professional staff, we see our role as the stewards of the organization.”