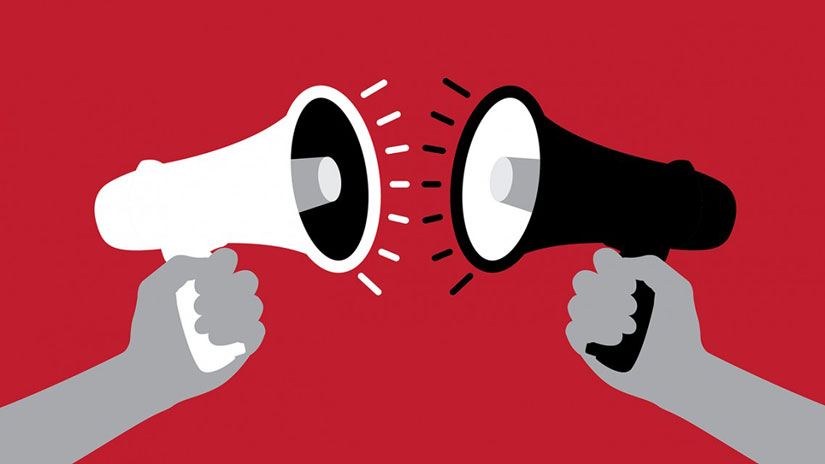 The new Multicultural Student Center at the University of Virginia was in news last month when a student’s accusation of the center not being inclusive went viral. The university had just opened the center earlier in February, emphasizing it as a push for diverse spaces on campus. UVA President Jim Ryan gave welcoming remarks at its grand opening, saying “As president, I believe deeply that we need to build a community that is not just diverse, but also inclusive.”

The controversy surrounding UVA’s new multicultural center epitomizes the continuing challenges of free speech on college campuses, not to mention how they relate to student unions. Universities, colleges, and student unions continue to push for spaces promoting free speech and inclusion, but cultural and social issues add complexity to the mix. How can unions handle criticisms seen in cases like UVA’s? Or, how do these bodies tackle hate speech grounded in racism, sexism and white supremacy?

One challenge is whether unions should even establish free speech spaces. The Mel Lindbloom Student Union at Green River College is one example of a college purposely not establishing a free speech space on campus. But that hasn’t stopped the student union nor the college from advocating for students or protecting them from hate speech such as white supremacy.

“[White supremacy] has caused high alerts on campus and negative and unsafe feelings with our students, faculty and staff,” said Dani Crivello-Chang, dean of campus life at Green River College, in a profile for The Bulletin. “We have had forums for individuals to express their concerns and stories, to gather for support and strength building and to engage in conversations on how we, as a campus, can come together to build community and togetherness against this kind of rhetoric and hate. We are always looking for the best ways to support our campus community, which is our number one priority.”

Many universities and colleges have their own free speech policies, programs or initiatives in place. University of California, Berkeley, University of Colorado Boulder, Colorado State University, UCLA, West Texas A&M University and UVA all have official free speech pages or sections of their student conduct rules outlining their policies. Schools like Rutgers have designated free speech zones, and universities like the University of Wisconsin-River Falls have recently hosted events discussing free speech on college campuses. It’s common for a student union or center to host these events.

Politics are often a polarizing source of free speech concerns, even so for student government elections and debates. The University of Nevada--Reno, hosts both elections and debates at its Joe Crowley Student Union. Students often organize protests and demonstrations around student unions, but this can cause controversies like a recent case at San Diego State University’s Conrad Prebys Aztec Student Union. Schools such as Wichita State University have forms for students to fill out to express themselves in mediums like sidewalk chalk, but even these official platforms can cause problems. Even formalized procedures like the registration forms at the University of Maryland’s Adele H. Stamp Student Union result in conflict if the events are politically charged.

The media has also reported on and discussed the impact of politics and the upcoming election on free speech and college campuses. A recent Education Dive article looked at how recent political tours and current political unrest foreshadow the political divide coming with the upcoming presidential election. The Conversation published a breakdown of misconceptions both liberals and conservatives have for free speech on college campuses. And Inside Higher Ed analyzed how campuses can help prevent culture wars.

As tensions rise, universities and colleges will continue to balance the delicate line surrounding free speech. Bodies like the University of California’s National Center for Free Speech and Civic Engagement and its Speech Spotlight initiative show higher education can make a difference. As universities, colleges, and student unions proactively monitor free speech concerns, students can find safety and solace on their campuses.