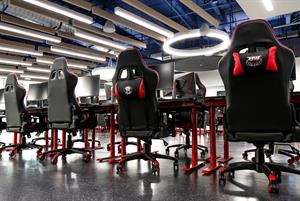 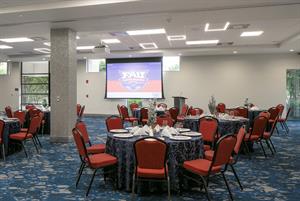 It’s being called the “New U” at Florida Atlantic University after the union marketplace had its flooring replaced, the busy ticket center received a service modernization, conference rooms were updated, and the 6,000-square foot Grand Palm Room was renovated to better serve as a site for banquets, lectures, and receptions. But what really has some students excited is the installation of the first competitive esports arena at a public university in Florida.

It’s a full-scale game room as well, sporting billiards, table tennis, and other more traditional games, but with 40 personal computers and six console stations devoted solely for gaming, the new 4,500-square-foot space is likely to drive new traffic into the union, which already sees 100,000 unique visitors annually. There are at least 200 competitive esports programs at universities in the United States, along with a national governing body known as the National Association of Collegiate Esports. Combined, esports programs offer about $15 million
in scholarships. 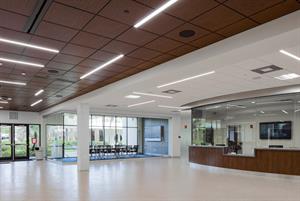 Original construction of the union was completed in 1972, and the latest renovation, in 2002, more than doubled the size of the building to over 100,000 square feet. There’s still more to come at Florida Atlantic as a new banquet hall and ballroom is in the works, designed to seat up to 1,000 guests and to be located next to the student union.