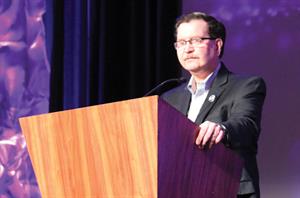 Over the last 40 years at WTW Architects, Paul Knell has helped plan and design 116 student unions across the United States. Since 2004 WTW has won 14 ACUI Facility Design Awards of Excellence, in 2014 Knell was named a Fellow of the American Institute of Architects, and in 2019 Knell received ACUI’s Emeritus Award. Knell has been active with ACUI since 1985, received the ACUI Sponsor Award in 2002 for his advocacy and leadership, the 2008 Region IV Sponsor Award, and served as the first corporate partner architect on ACUI’s Education Research Fund Committee, from 2007–09. Knell announced his retirement at the end of 2019, so ACUI asked Jeffrey Turner, executive vice president of the program management firm Brailsford & Dunlavey, to sit down with Knell and reflect on where student unions have been and where they’re going. Turner worked with Knell, assisting with student engagement and developing architectural programs for unions, including at the University of Vermont, University of Nevada–Reno, and the University of Miami. They also worked together to develop the first student union program database, which was highlighted in a 2005 edition of The Bulletin.

Turner: How did you initially get involved with student unions?

Knell: In 1980, I was hired by WTW to work on the William Pitt Union at the University of Pittsburgh. That project took three years and I really enjoyed it. It was my first college project. Then we did a second union, and a few years later, with a personal invitation from ACUI Executive Director Marsha Herman-Betzen, I joined ACUI and really loved the organization. At the time I was one of just two architects in ACUI.

Early on I got to work with Dr. Mary Daniels, then the assistant vice president for student affairs at The Ohio State University. When we sat down to talk about the mission and core values of her project, she said, “Whatever we do, it’s about the students first.” We agreed with that philosophy, and really embraced it as our own. And I’ve found that same idea to be relevant and inspiring no matter how much time has passed. Our approach to union design has been ‘students first,’ and I’ve loved working with students. It’s simply a joy.

Turner: Keeps us young, right? No matter that we get older, many of our clients are always 18 to 22. And they continue to inspire us that the future is going to be brighter than today. So let’s think about that—time passing, our world evolving. How do you think the mission of student unions has changed since 1980? Or has it? 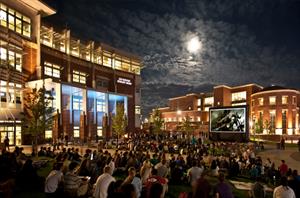 Knell: Some things have remained constant. Building a sense of community is the fundamental objective for everything in student unions. That was the goal when ACUI was first founded back in 1914, and I think that’s still the foundational mission of the college union today.

The changes, therefore, are reflections of our society. Think back to the various decades of unions from inception until today. There was a time when a lot of America went bowling, for example, or danced to the big bands of the ’40s and ’50s, or hung out in coffee shops in the ’60s and ’70s, and protested the Vietnam War. The union was always a place that responded and adapted to those changes in American culture. So on the one hand this is about constancy, in that the union has reliably been a place of community. And on the other hand, it’s about constant change, since in order to be meaningful and relevant to current culture, the union has had to adapt in so many different ways over the years.

When I think about how today’s society is reflected in unions, two of the bigger shifts that come to mind both relate to connection and how we communicate. The first has to be technology. Today’s unions have Wi-Fi throughout the building, digital displays, and digital signage. The second shift is collaboration spaces. If you go back 30, or even just 15 years, we were getting requests from directors of student activities for as many private offices as possible for student clubs or organizations. We’ve now seen a dramatic shift away from that. Now we hear, “It’s time to tear out all these offices. We want one big, collaborative space!” Students today just work and communicate differently, and unions are adapting to meet the evolving needs of students, as they always have.

Turner: Shifting topics a little bit, I’m thinking about how some institutions say their school doesn’t need a student union and doesn’t need to improve it. I remember a project we worked together on where a board member said, “We’ve been in business a long time without a student center and we’ve gotten along just fine.” And then at the grand opening, after she saw the impact on the campus population, she said, “I didn’t know how the campus ever lived without a union.” From your perspective, is a student union still a focal point for student success?

Knell: First, the perceived need for a student union on campus really depends on the question of what higher education is all about. Is it just academics? Are students there only to get that degree and acquire technical knowledge? Or is it something more than that—is it all about maturing as a citizen? Is it about civics and social interaction? Learning how to effectively collaborate with your peers? Learning how to grow and appreciate the arts and a multitude of cultures? Is it about all of the more, let’s say, subjective elements of personal growth?

If you embrace that broader definition of higher education—that schools must help students grow as successful human beings—the notion of building community is critical. And that happens though collaboration and out-of-the-classroom engagement, which of course means a student union.

Turner: If we assume that student unions are important, is it necessary to have a centralized gathering space for the entire community, or does a satellite or regional approach work better?

Knell: We’ve explored this for so many decades now, but I remain a strong believer that a centralized identifiable place of community is important for every campus. Here’s a story that’s a good illustration: Recently, we were working with a school on its new student center, and the vice president for student affairs was talking about how the new center has to capture some of the spirit that they had in the union 20 years ago. She said, “You know, we lost that spirit—that feeling of community—when the bookstore, retail, and other spaces moved out and moved across campus. That was really the splintering of our sense of community in the union.” This example, I thought, was very telling.

Something like a campus store and other retail really needs to be in the union. It becomes a major anchor—both financially and socially. It’s the place everyone comes to get their hoodie or their emblematic gesture about what makes the university special. And the campus store is one of multiple pieces. So you want to put as many traffic-generators in your one, central union as possible. That will make the union, and therefore the community as strong and vibrant as it can be.

Turner: What are other key ingredients to a successful student union?

Knell: Our favorite line is, “Every great student union has great outdoor space.” You can host festivals and events there. We also think a lot about the visual connections between the indoors and outdoors. These days there’s also a lot of conversation about where multicultural centers fit in. I believe that if a student union is going to build community on campus, it must be a place of inclusion. Multicultural, veteran centers, and affinity groups all need an identity of some kind at the union. Some groups might feel more comfortable with private space elsewhere on campus, for example, but they still need a place in the union where they can gather together, feel welcomed, find support, and be an inclusive part of the larger community. 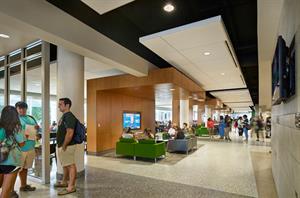 Knell: Building community will continue being the guiding principle. What changes, then, is how we define community. Is it more and more about being online? Is it more and more about attending large events in person? Whatever the answer is, unions will adapt and respond. Here are three thoughts. First, and we talked about this a little before, but clearly we can all see the effects of technology. Incoming generations of students have grown up on social media and iPhones. We know they will require more collaborative spaces, and more outside-of-the-classroom learning. So the union as a place of collaboration will play a more and more meaningful role in higher education. In terms of the program, that means collaborative, open meeting spaces with Wi-Fi, the latest technology including video conferencing, and abundant sources of power will be increasingly desired.  A variety of meeting room sizes are important, including group seminar rooms for just four to six students.

Second, it’ll be interesting to see what happens at community colleges. We’ve been seeing more and more community colleges wanting a union and housing, day care centers, health services, and improved food service in the new building. In addition, over 255 of community colleges are now offering housing, which means the campus needs more on-campus activities for the new 24/7 campus. I think it’s part of their initiative to transition from a two-year program into a four-year program.

Third, and this is just so on my mind right now, the United States has such a climate of division at the moment. I appreciate that the union is a place where people can come together, and I’m hopeful unions can play a meaningful role in our country’s healing. A union is not just a space; it’s a place that grows values like respect, civic pride, and responsible engagement in civic endeavors. So it’s not about gathering people in a space so they can get into arguments and push back on differing opinions, but about collaborating. Many of the original student unions were places for civic debate. Actually listening and communicating. Isn’t that what America needs right now?