Is Your Union a Ridesharing Hub? It Should Be …

Ridesharing has come a long way from checking out available rides and ride requests thumbtacked to cork bulletin boards in student unions and residence halls. With slick apps, flexible programs, and a willingness by consumers to recognize both the sustainability and budgetary benefits of use, it’s never been easier to rideshare to, from, and around campus. A frequent hub for this on-demand service is at and around the student union. 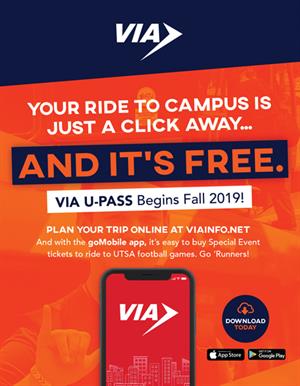 Zipcar parking spaces, rideshare loading and unloading zones, designated rideshare lots like the one at Stamp Student Union at the University of Maryland, and transit centers like the one inside Boise State Student Union all help define student unions as common sense sites for a flexible service that offers multiple constituencies—consumers, universities, cities and counties—opportunities for saving money.

To begin with, parking is expensive to build on college campuses. It costs about $5,000 to build each surface parking lot space, up to $20,000 for each above-ground parking garage space, and as much as $30,000 for every underground parking space, according to the National Association of College and University Business Officers. For every 1,000 parking spaces, the median institution loses almost $400,000 a year for surface parking, and more than $1.2 million per year for parking in structures, which means costs not covered by fees are subsidized from tuition paid by driving and non-driving students.

Even though only about one in 10 people in the United States rideshare on a regular basis, that doesn’t reflect its popularity on campuses and, in turn, near student unions.

Carpooling and ridesharing are proven facilitators for reducing parking demand and transportation costs. When the University of Washington offered a free parking program for car-poolers purchases of single-occupancy parking permits fell by 32%over 10 years. At Boston University it costs almost $1,900 for an annual parking pass, but by agreeing to have between two and four people rideshare, drivers can save over $1,600 on the purchase price. Nearly 38% of the students at the University of Vermont are using one specific rideshare app, and one of the busiest rideshare routes is between that campus and Middlebury College, 40 miles to the south. 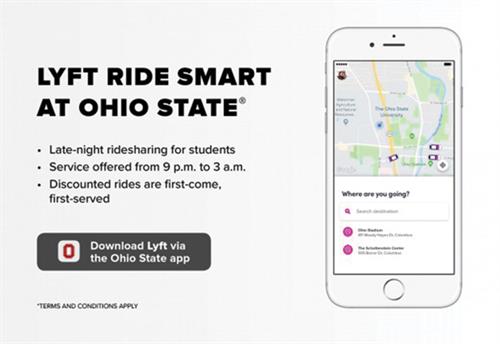 What’s most heartening about rideshare programs benefitting students is the way they can be facilitated by student governments working with either homegrown transportation organizations or large, for-profit companies like Zimride, RideAmigos, Wheeli, RideShark, Via, or CarpoolWorld. By developing mobile apps for ridesharing they’ve become the Airbnb for empty car seats, with postings for rides, ride requests, accessibility needs, and special requests. Some, like Wheeli, are university-focused and pay drivers after they’ve been screened.

“Our goal is to eliminate the need for private car ownership by providing affordable, convenient, and eco-friendly on-demand shared transportation that can seamlessly integrate into existing public transit,” Via general manager Alex Lavoie said recently after announcing a $2.50 lock-in ride rate for anyone booking from a Chicago public transit station.

Zimride offers services at over 125 universities that each pay about $10,000 per year to access the user platform, and it has partnerships with Zipcar and Facebook that improve ease of use. That’s the company Associated Students of California State University–Northridge has contracted with since 2016. At the same time San Diego State University was announcing a new partnership with Zimride and Zipcar, it was also enacting a policy restricting first-year students living on campus from parking cars
on campus.

A partnership with RideAmigos at West Chester University provides for free rideshare parking spaces directly behind Sykes Student Union, and in a similar partnership, the TerpZone at Stamp Student Union, University of Maryland, hosts a “pool” party each semester where benefits like half-off parking permit fees
are explained.

A number of campuses collaborate with governmental and non-governmental organizations to offer rideshare platforms for students. All Delaware college students have access to RideShare Delaware, which was funded with money from the U.S. Department of Transportation’s Congestion Mitigation and Air Quality Improvement Program. Wright State University partners with Miami Valley Rideshare, a six-county transportation network in Ohio funded by the regional planning commission, to offer free transportation to students. Similar partnerships exist between Boston University and Bay State Commute, the University of Alaska–Anchorage and Anchorage Share-A-Ride, and 511NYRideshare for campuses in New York.

Ohio State University earlier this year announced a new late-night ride option from 9 p.m. to 3 a.m. with Lyft, called Lyft Ride Smart, where 10,000 discounted rides are available to students each month on a first-come, first-served basis. Ohio State will contribute $5 per ride, and the remainder is paid by the rider, with the average cost $2 or less.

“This new service offering is a direct result of our work with the Undergraduate Student Government and adds a transportation option our students have been requesting for years,” said Ohio State director of transportation and traffic management Beth Snoke. The service replaces the university’s previous Safe Ride program because demand outgrew capacity.