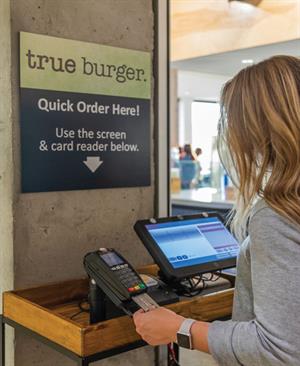 The University of Arkansas Union saw its 20-year-old food court undergo a complete re-do in just four months, adding unique restaurants, creating better visibility for food options, and improving customer flow and point-of-sale systems. The project also included two new study rooms that, for the first time, are digitally reservable on the spot.
The project also purposely improved views from the food court out to the nearby mountains and forest and to the Razorback football stadium.

“Efforts by our great construction crew, the partnership between the student affairs team and Chartwells, and the passion for students that was shared by everyone involved is what helped drive this project to such a successful outcome,” said Andrew Lipson, the resident district manager for Chartwells High Education Dining Services.

Students completed surveys and participated in focus groups, gave general feedback, toured other campuses, and were at the table with architects and contractors through every step of the planning process. What transpired was an upgraded Chick-fil-A, retention of two favorites—True Burger and Flying Burrito—and the addition of two new concepts, a branded Asian restaurant called Pei Wei and a custom station with pizzas, salads, sandwiches, and daily specials called Rustic Italian. Pei Wei uses a text message system to tell customers when orders are ready, and True Burger installed a new kiosk ordering system.

“It was amazing to see what could be accomplished over a short period of time,” said Executive Chef Matthew Belzano. “The sales show that the hard work and the team effort is paying off.” 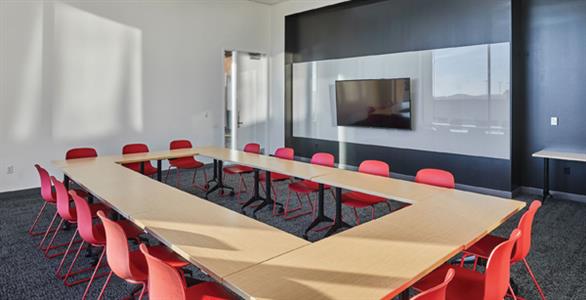