Inequality Around the Corner: Deconstructing Inequality in the Gayborhood

By Benjamin Williams January 23, 2019 Research
When striving to create areas that can become safe havens for queer and trans students, understanding the interaction of space and place is key. In 2018, the journal City & Community published a study by sociologists Adriana Brodyn and Amin Ghaziana, examining place making in urban environments. In particular, the authors offered a comprehensive review of literature discussing place making and explored the challenges facing LGBTQ+ individuals in urban spaces. The authors asserted that while what people say matters, it is individuals’ actions that impact inequality for queer people navigating space with heterosexuals.

While the City & Community article is not directly about higher education, it can prompt conversations in considering the spaces, trainings, and programs that occur within college unions. The concept of place making as discussed by the authors is core to the work of advancing community in city spaces and on campus.

Brodyn’s and Ghaziana’s qualitative study was based on interviews with 53 heterosexual residents of Andersonville and Boystown in Chicago. The interviews enriched the current understanding of the discussion around queer people and provided insights into perceptions and biases held by heterosexuals in historically queer spaces. For instance, Brodyn and Ghaziana explained how heterosexual individuals can introduce and complicate the concept of performative progressiveness, which “describes the co-occurrence of progressive attitudes alongside homonegative actions.” As introduced by the authors, this performative progressiveness centers on how individuals may articulate their support for LGBTQ+ individuals, but their behavior may not correlate. Several themes emerged that could have some bearing for campus professionals trying to create spaces for LGBTQ+ students within majority-heterosexual, cisgender environments.

The authors discussed the presumption that heterosexual residents should have “unrestricted access” to spaces, which demonstrates a failure to acknowledge the privilege heterosexuals maintain and how that allows them to impact spaces designed to support queer community. Brodyn and Ghaziana shared a story of a man who went out with his wife and newborn on a walk and went into a restaurant in Boystown. The restaurant didn’t have highchairs or a place for the stroller, so they felt uncomfortable and left. This example demonstrated how a heterosexual couple felt that the restaurant should “feel welcome” to everyone, an experience that LGBTQ+ individuals often face: feeling unwelcome in many spaces, whether it’s the office or the college union.

The language that heterosexuals use to demonstrate acceptance can be at face value only, Brodyn and Ghaziana asserted, and only under the condition that homosexuals should accept heterosexual norms around monogamy, marriage, and children. One study participant stated that a policy not allowing children was “excluding (them) in a neighborhood where nobody’s [supposed to be] excluded.” This represents a rhetorical shift as creating inclusive communities for LGBTQ+ individuals does not mean that heterosexuals are or should be included. Often the inclusion of heterosexuals in queer spaces results in a diminished feeling of safety and security for marginalized LGBTQ+ individuals.

Political absolution is the view that heterosexuals need not stand with LGBTQ+ individuals in acknowledging the social inequality LGBTQ+ individuals still face. One respondent drew a comparison between being “gay blind” to color blind. Color blind ideology asserts that we are beyond race, but even a cursory glance at hate crime reports, employment statistics, and other tangible metrics refutes this problematic ideology. Someone in a privileged position failing to see these differences erases important aspects of LGBTQ+ individuals’ experiences and fails to acknowledge that in over 30 states a person can still be fired because they identify as LGBTQ+. When discussing needs of populations on campus, being cognizant of diversity is important.

Some heterosexuals believe that LGBTQ+ people should be happy that heterosexuals are moving into their neighborhoods. Brodyn and Ghaziana labeled this viewpoint “Affect,” and explained that it can also occur when heterosexuals are frustrated with LGBTQ+ individuals who wish to maintain a queer space and are not accepting of straight people sharing that space. One of the respondents identified that LGBTQ+ individuals who wanted to maintain a cultural space were “bad people.” Other responses generalized that if people would just stop talking about the issues, they would somehow be resolved. This approach goes beyond the principles of political absolution and positions the maintenance of these spaces for queer people as negative.

IMPLICATIONS IN THE COLLEGE UNION

Historically, colleges and universities were designed to benefit heterosexual white men of privilege. This foundation is an important acknowledgement as the spaces and governing laws were not designed to include a variety of marginalized groups, including LGBTQ+ communities. Applying this research to spaces on campus can be helpful in understanding how spaces created to support community are designed and structured as well as how they may be influenced by systems of oppression. When looking at construction projects on campus, the needs of one population are at times weighed against others. While there is no simple solution, it is important to know research supports having spaces for marginalized student populations to enhance their feelings of community on campus.

The college union serves as a compilation of neighborhoods, from formal departments to informal spaces for students, staff, and faculty to congregate. While progress is being made to advance the needs of a broad range of affinity groups, it is also important to use the data offered in this research to review how staff are trained to interrupt bias and truly foster inclusive spaces. When constructing trainings for students and professional staff be cognizant of the biases that may be held by heterosexual staff that could impact interactions with LGBTQ+ peers. Staff could easily believe that there is no longer discrimination, so identifying and supporting an understanding that challenges remain for marginalized populations is necessary. Additionally, a general understanding of unconscious bias and the needs of various marginalized groups on campus creates an increased level of cultural competence within a team that can benefit all users of our spaces.

In viewing new construction projects, one sees a growth of glass and open spaces aimed at creating a more open environment. One challenge to consider when thinking of the LGBTQ+ community is a need for spaces that are more private for members who haven’t come out or who have experienced homophobia. LGBTQ+ students are in the minority on campuses, and one reminder from the study discussed here is that spaces are often designed and viewed through the eyes of privileged populations.

While studies have been done to look at various populations, limited research exists focused on marginalized students’ experiences within specific physical spaces on campus. Considering campus ecology and campus planning are key aspects of fostering community, and there are several opportunities to explore the experience of physical space, perceptions of privileged groups about marginalized student populations, and the ways that marginalized students’ needs are taken into account when shaping campus buildings. Finally, assessments and research on the impact of design on the student experience is an opportunity for further study that has the potential to encourage growth. 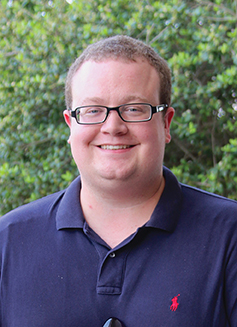 Benjamin Williams is an associate program director for the Student Center at the Georgia Institute of Technology. In his position, Williams has a dual role where he is responsible for supervising student staff in an operation area and advising three committees for the program board. He has a bachelor’s degree in sociology from Georgia State University and a master’s degree from Miami University. His ACUI involvement includes serving on Regional Leadership Teams, the Education and Research Fund Program Team, and currently a program leader for I-LEAD®.