Desegregating restrooms by gender is the new normal in student unions and throughout campuses as part of a strategy to create positive, inclusive environments that meet the needs of different races, genders, and disabilities.

Planners and administrators are finding that the most efficient way to create gender-inclusive restrooms is to simply convert existing single-occupancy restrooms by doing two things: Changing the sign on the door and adding a receptacle for feminine hygiene products. That’s what happened in New York City in 2016 when the City Council passed a bill mandating that gender identification signs be removed from all single-stall restrooms throughout the city. 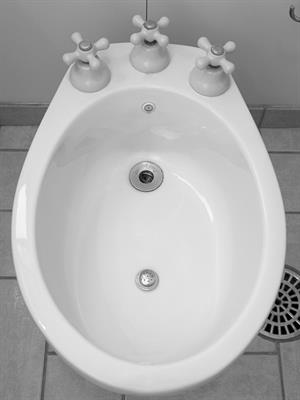 But many unions and campuses today are taking more progressive steps in their strategies to meet the needs of students, faculty, staff, and the public. That has included the renovation to and new construction of multistall all-gender restrooms, making menstrual products available for free in restrooms, and installing foot-washing stations, and in some cases, bidets.

The process usually begins with the creation of an inclusive restroom taskforce charged with delivering a strategy for surveying locations and conditions, prioritizing integration to non-gender-segregated restrooms that meet Americans with Disabilities Act requirements, and finally, a plan for education, outreach, and professional development.

The installation of foot-washing stations in unions has led to some criticisms that it gives preferential treatment to one religious group, Muslims, who use them for the act of ablution, or purification, before prayer.

While bidets have become increasingly popular in the United States with the ageing community and people with disabilities, they’ve yet to reach the standards of use seen in European countries like Italy and Portugal, where bidet installation has been mandatory in households in both countries since 1975. Also popular in France, Spain, Argentina, Uruguay, Venezuela, Thailand, and Japan, bidets have been deemed to be both hygienic and environmentally sound, using about one-eighth gallon of water compared to the 37 gallons of water needed to make a single roll of toilet paper.

Marcia Gerwig, director of Cohon University Center at Carnegie Mellon University, said students have asked for bidets in the union there.

“We’ve had some requests, and I wish we did have them,” she said. “It takes time to get projects like that through and many times the students who are raising this issue and making these requests are gone before anything gets done.”

There are bidets located in every bathroom at Ball State University’s Studebaker East residence hall, home to an international living and learning community. “We have them in just this one housing unit, and they are located in every restroom,” said Chris Wilkie, director of housing and residence life for marketing, communications, and technology.

Adding foot-washing stations and bidets can also increase safety, as many facilities professionals routinely comment about hazardous puddles on the floor or half-empty water bottles left in restrooms as users improvise.