What Makes It Rape?

Recognizing that rape is a crime that disproportionately affects college students, a group of researchers, who self-identified as “feminists and psychologists,” looked to identify themes and patterns that college students “access, formulate, and deploy in thinking about what constitutes rape.” The researchers—Andrea D. Haugen and Phia S. Salter, Texas A&M University; Stacey M. Rieck, Missouri Western State University; and Nia L. Phillips, University of Prince Edward Island—hoped that by understanding what college students think about rape, better education and new interventions may be developed to reduce incidents. The results of the study were published in the January issue of Basic and Applied Social Psychology. 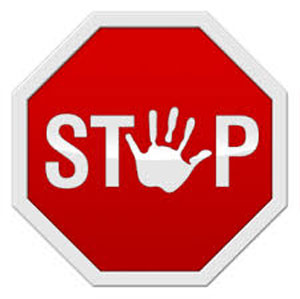 The researchers asked 272 college students (49.3% female; 50.7% male) to define rape in their own words. Specifically, the students were asked to write down their own definition of rape. “You may define it using a sentence/sentences, bullet points, and/or descriptions of what 'rape' can look like. There are no right or wrong answers—just give us your own personal definition,” the prompt stated.

Responses were analyzed and organized by themes, so the researchers could understand the largest and most influential factors in the students' conceptions of rape. Called a “lay theories” approach, the team presented “a current characterization of how members of one specific group, affected strongly by rape and rape culture, conceptualize rape for themselves.”

Lay theories are developed by individuals to help predict and interpret the behavior of others and to exert meaningful control over their own and others’ behavior and are used to navigate ambiguous social territories. Scientists use formal theories to guide research, but lay theorists can use their blueprint to provide a certain semblance of truth.

“People tend to seek verification of their beliefs from their use of lay theories as opposed to the more rigorous tests to which formal theories are subjected, which may lead to falsification of those theories,” wrote the researchers.

Intended to be viewed in the broader context of rape culture on college campuses and in the United States in general, the lay theories developed from this study reflect not only what college students think about rape, but also what they have internalized from the U.S. culture in regard to sex and rape.

The Federal Definition of Rape

In the United States, the Federal Bureau of Investigation maintains records on the occurrence of various crimes, including rape, which it has defined since 1927 as “the carnal knowledge of a female forcibly and against her will.”

But in 2012, the U.S. Department of Justice changed the definition to “penetration, no matter how slight, of the vagina or anus with any body part or object, or oral penetration by a sex organ of another person, without the consent of the victim."

In setting the stage for introducing results, the researchers explain three distinct and important changes from the 1927 definition and the 2012 reformulation:

The Students' Definition of Rape

It should be noted that participants frequently positioned themselves in the place of either the perpetrator or the victim of rape. This deploying of selfhood to a varying degree in their definitions may also correlate with personal experiences of either victimhood or coercion or more general perceptions of rape.

Descriptions of rape varied greatly, falling along a continuum. While many participants (34.9%) believed that rape includes any sexual activities, usually with the addition of force or lack of consent, others were more constrained, aligning more closely with the federal definition. A significant number, 39%, limited rape to simply having sex or sexual intercourse with an unwilling partner.

Another recurring theme was the response of the victim to the act, despite how that act itself was described. The two major phrases that participants used to characterize the person being raped were “against their will” and “without consent.” The researchers point to parallels with the definition of rape shifting over time. Until it changed in 2012, the federal definition used the very phrase “against her will," implying that the victim must have resisted the attack for it to be considered rape. However, the redefinition of rape removed this language and instead replaced it with “without consent of the victim.”

Other themes that emerged from the study included:

Finally, researchers found that many participants had difficulty with elaborating on the behaviors that constituted rape, with some using euphemisms instead of naming specific acts. Few participants—only 4%—were that explicit in their definitions.