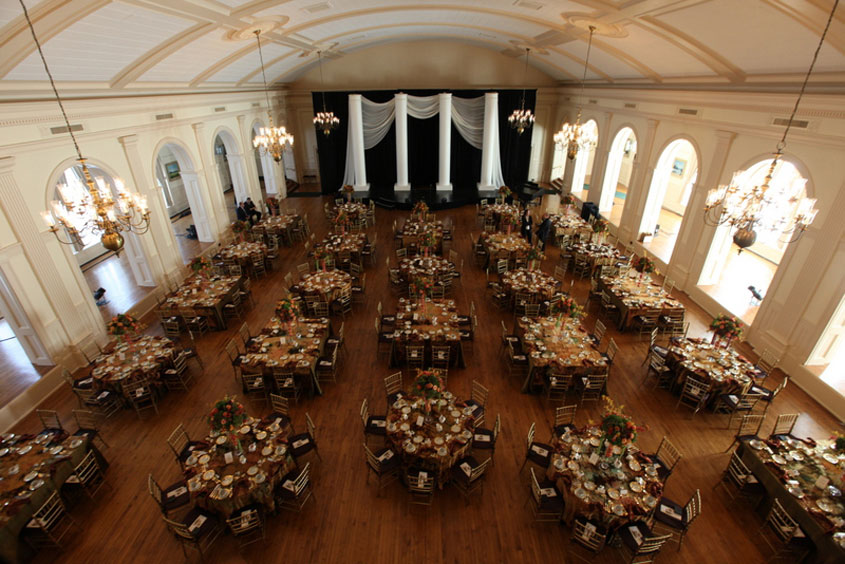 It was the 1936 Texas centennial and the impending centennial of Baylor University in 1945 that served as springboards for constructing the Baylor Union Building. The first meeting of the Centennial Foundation on April 4, 1936 addressed the critical concern of insufficient meeting and dining space for students living off campus by deciding to create a student union. The building would house recreation facilities, a cafeteria, and reading rooms that would serve as the university’s “living room.” Beyond that, the union would provide a “clearing house for the theories and ideals of culture and learning,” the foundation reported. 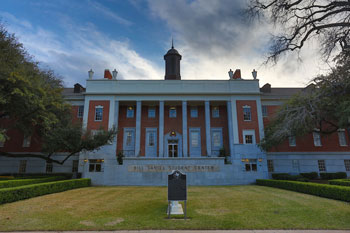 Groundbreaking ceremonies were conducted June 1, 1936, after Baylor’s centennial leadership concluded it best to begin construction immediately in case of building material shortages due to the war in Europe. While the foundation had been able to raise only a small portion of the estimated cost of construction, money was found to allow work to continue after the United States entered World War II in December 1941, less than a week after the cornerstone had been set in place.

By the end of 1942, the building’s framework of girders was in place, but the realities of the war overtook the building’s progress and construction ceased. Workmen painted the exposed steel to protect it against prolonged exposure to weather as it stood silhouetted against the Baylor skyline throughout the duration of war.

When 1946 rolled around the completion of the Union Building was high on the priority list of alumni and administration and the fully completed Williamsburg-style Union Building formally opened in 1948 with a final price tag of $883,495.

For 35 years the structure was known simply as the Union Building or the Student Union Building; then, in 1981, trustees voted to recognize the generosity of alumnus Gov. Bill Daniel to the university by associating his name with the building.

To this day the center continues to provide a place for students, faculty, and staff to relax, study, and participate in activities that build an enduring loyalty to Baylor University. Paint colors, furniture pieces, and certain interior spaces have changed, but not the historical and sentimental value of the space.

From the beginning, students have been involved in program development and over time this effort evolved into the Baylor Activities Council and Union Board, which continue to carry on the mission of creating excellent programming while fostering an engaging environment. 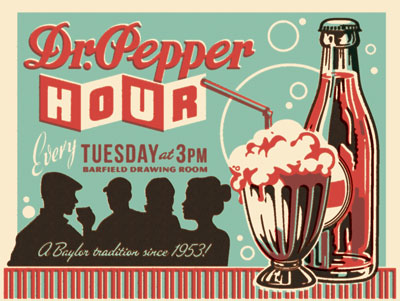 A few history-rich, notable programs include Dr Pepper Hour, a more than 65-year-old tradition of enjoying frosted soda, or hot chocolate when cold outside, in the student union every Tuesday at 3 p.m. Sundown Sessions reflect late-night programming dedicated to providing dynamic and entertaining events that enhance the overall Baylor experience. Held Friday and Saturday evenings, Sundown Sessions offer movie nights, live musical performances, and interactive activities that provide pathways for authentic connection and an inclusive community. Another tradition is UBreak, which reminds students about the importance of taking a break amid their busy schedules. Held every two weeks, students enjoy a free breakfast and cup of coffee.