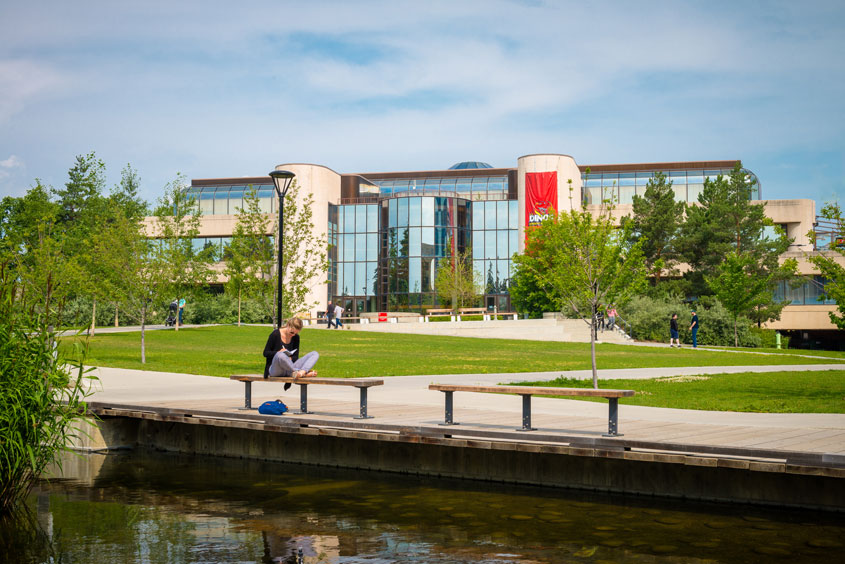 With a conference center, health clinic, 35 businesses, two concert venues, a nightclub, a dentist and an optometrist, and numerous offices all under roof, MacEwan Hall and MacEwan Student Centre could be considered a city within a city. Collectively called Mac Hall, it also serves as home away from home for more than 30,000 full-time studentswho can access a sexual and gender diversity center, convenience store, a women’s center, a center for indigenous students, and a taco stand.

“Only about 9% of our income comes from student fees, and we’re very proud of that,” said Jason Morgan,students' union director of marketing and communications. “The majority of our revenue is generated from the businesses we run ourselves and from rent collected from the other businesses in the building.”

Serving a total campus population of 40,000 people and recording 100,000 weekly visitors, Mac Hall is the heart of the University of Calgary campus, both literally and figuratively. The University of Calgary Students’ Union, founded in 1945, supports more than 300 student clubs, so the building’s club spaces are a constant hub of activity with bookable meeting rooms, hangout and study areas, and storage offerings for the mostly commuter student population.

“Why is this space so popular?” Morgan wondered aloud. “Probably because more than 15,000 students on campus belong to at least one club.”

Student government acts as the board of Mac Hall, and there are five full-time student executives who work with professional staff year-round, overseeing advocacy and programming.

“We’re especially proud of the Q Centre—the SU’s Centre for Sexual and Gender Diversity,” Morgan noted. “Their work helped us convince the university to let the student union open the first multistall gender-inclusive restroom on campus a few years ago.”   Created in 2010, the QCentre aims to be a safe space on campus for members of the LGBTQ+ community and their allies. Not only do Q Centre’s staff and volunteers produce educational and social programming throughout the year, they also maintain a resource library, offer peer assistance, and help the students’ union with advocacy on diversity issues.

Mac Hall also employs about 30 part-time students in leadership roles who manage the day-to-day operations of services like the Campus Food Bank, the Information Centre/Lost and Found, and the annual free tax filing service. 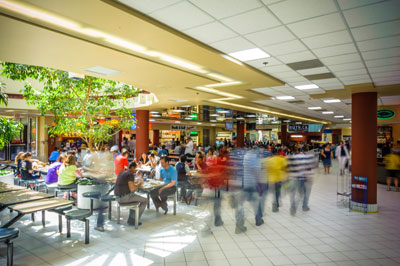 Another popular space in the building is The Den and Black Lounge, a restaurant and pub thatoffers high-end pub fare at affordable prices by day and then transforms at night into a nightclub and music venue.

The University of Calgary Students’ Union do know how to throw a party, the most well-known of which is Bermuda Shorts Day. That’s when University of Calgary’s undergraduate students celebrate the end of classes in April with a concert and beer garden. Initiated in 1960 and now the campus’ oldest tradition, “BSD” draws between 8,000 and 10,000 students each year.

MacEwan Student Centre first opened in 1969 with the Students’ Union paying for 55% ($1.9 million) of the cost. Major expansions were completed in 1988 and 2001. It’s estimated that 48% of University of Calgary’s students visit Mac Hall daily and that the average student visits 16 times each month.
Leave a comment
Newest on top Oldest on top
Load more comments