Don’t worry, Mike Goode is ready. The new director since July 2017 of Alvarez College Union at Davidson College is not only positioned to avert failure, he’s uniquely poised to excel as only the third director in the 65-year history of Davidson’s union.

Goode understands the procedures, processes, and policies central to running a union. During the past 25 years, he’s been at Alvarez in roles like operations and Davidson Outdoors. But along with his own institutional knowledge, he holds another asset that bodes well for his success: His mentors. 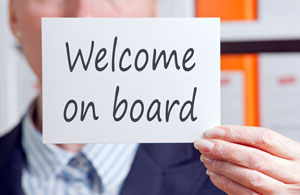 Stepping into the limelight after a longtime union director retires can be a chilling experience, especially for a newcomer to that particular setting. Not so in Goode’s case. Not only did he have the opportunity to spend decades working with his predecessor, William Brown, but in an even rarer turn of events, Goode had known the only other union director at Davidson, C. Shaw Smith, when Goode was a union student employee and a volunteer Union Board member.

“He ended a 31-year run in 1983, the same year that I graduated,” Goode said. “When I was a senior, I remember interviewing William Brown when he was applying for the director position being vacated by Shaw.”

This might sound like a best-case scenario for transitioning into the role of a new union director, but Goode finds himself recognizing the same attributes and expertise that other new directors do, whether they’ve arrived at their job through an internal route or having come from another union operation or student affairs role.

“At Alvarez, we have done a lot of things pretty well for a long time. And that has always been a group effort,” Goode said.

Charles Farrell took on the role of executive director for business development at the University of Illinois at Chicago in June 2017 after 11 years as director of University Centers at University of Wisconsin–Eau Claire. It’s a role that includes overseeing the main undergraduate student center, Student Center East, along with the medical campus student center and the Student Services Building.

“Rob Rouzer was here a quite a number of years (2002–15). He was a Butts-Whiting winner and a past president of ACUI. I knew him when I worked at Illinois Institute of Technology (as associate director of campus and conference centers,” Farrell said.

For Farrell, asking questions of those with the institutional knowledge will help illuminate the history.

“Every institution has its own unique culture; there is no one-size-fits-all," Farrell said. "That's part of the fun of taking on a new challenge like this; for me, it’s coming in and thinking of all the things that could be different or potentially better, asking questions and finding out why things are the way they are. Then you try to understand what level of tolerance for change does an institution have.”

Farrell said getting the back story is incredibly important. This illuminates the previous thought processes and how circumstances may have changed.

What Farrell calls “getting the back story” is what Western Washington University’s Eric Alexander calls “keeping fresh eyes.”

Alexander, the associate dean for student engagement and director of the Viking Student Union, is the first person in a new dual-position role that two people—Jim Schuster and Kevin Majkut—had previously managed as directors or associate directors for the past 38 years.

“As you can imagine, the first process was really figuring out how to do two jobs with one person,” he said. “Even though I’ve got great support from assistant directors and staff, the theme is the change in organizational structure that needed to be worked out.”

The new organizational structure coupled with established, historically imprinted relationships and systems led to Alexander’s call to keep “fresh eyes." It helps him to examine the status quo—and not just as "you look around the ship and the crew doing their work," he said. "You also try to look out the periscope to see what is coming ahead of you that may require making a significant course correction."

Course corrections can be challenging and create opportunities, University of Alaska–Fairbanks Wood Center Director Mark Oldmixon said. Like Alexander, he’s in a newly created dual-position role as union director and head of the Department of Recreation, Adventure, and Wellness. He’s only the third union director in the 45-history of the Wood Center, which received a 22% budget reduction last year.

“Why we do things the way we do is something I look at every day. You may change it, and six months later you realize, oh, that’s why we did it that way,” Oldmixon said. “One thing you look at is whether a process or procedure is necessary, you look at what the return on investment is and sometimes that‘s not financial. Is it mission accomplishing or do we need a financial investment to make it so?”

Sometimes that process of study and review means little things take on more significance and use up more emotional and mental energy.