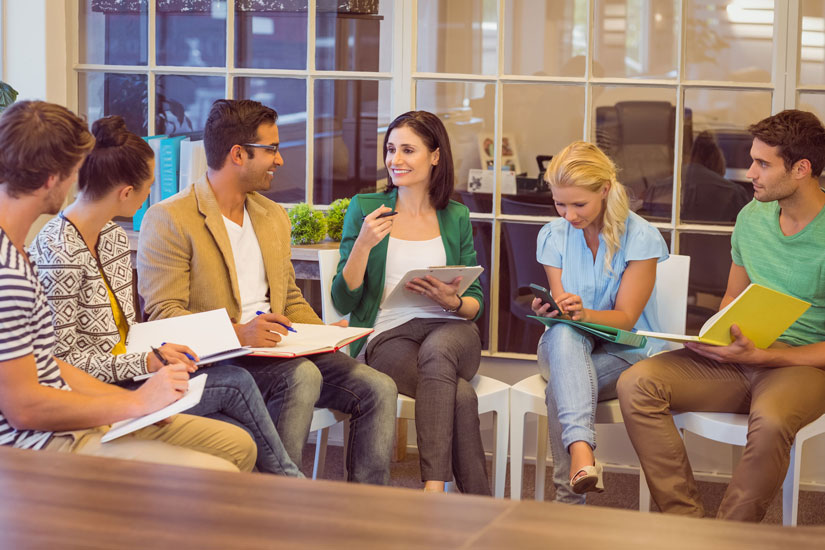 Supervisors are in a particularly unique and critical position of role modeling the inclusive behaviors and practices they wish to see in their organizations. While we can identify what it means to be multiculturally aware and knowledgeable, action and skills are far more impactful and require considerable intention and practice. A recent qualitative study involved 17 participants to determine aspects of inclusive supervision. From these, an inclusive supervision model for student affairs model has been developed that offers an innovative approach to supervision and addresses how one can develop more inclusive supervisory skills. In discussing the model, an amalgam of the study participants, named Samson, has been crafted to showcase some of the tenets associated with this practice.

What is Inclusive Supervision?

Supervision is one of the primary indicators of retaining entry-level professionals in the field, according to the Journal of Student Affairs Research. Although research on supervision has increased over the last decade, many mid-level professionals may receive little preparation for this task. The previous statement is not meant to place blame on more seasoned professionals for providing poor supervision. To the contrary, student affairs professionals are often victims of a larger system at play. Albert Bandura’s social learning theory is prominent here: we often model behavior of those who have preceded us. Without formalized supervisory instruction, we tend to formulate our supervisory style based on those who have supervised us. For better or worse, we model styles that we have seen or experienced. And, as such, we sometimes pick up bad habits. Learning new, more effective models of supervision takes time.

Inclusive supervisors embody the values and principles of the profession, demonstrating a commitment to the creation of safe spaces, the cultivation of individual's identities in the workplace, a genuine sense of openness and willingness to learn, and the ability to build staff’s competency in the area of multicultural competence and inclusion. An intentional approach to supervision that models values of inclusion is critical for the retention of professionals at all levels, is critical to the continued development of staff beyond professional preparation programs, and is critical for creating a profession that lives its philosophy. Campus community builders strive to create supportive environments, where students feel safe to explore multiple aspects of their identity, where they can cultivate their interests, and where they can develop skills for personal and professional success. However, these same goals are sometimes lost within our professional environments, where supervisors do not consider the multiple and intersecting identities of their staff or create safe spaces for personal and professional development.

The inclusive supervision model was developed through a qualitative study that invited involvement from student affairs professionals at all levels who identified their supervisor as multiculturally competent. Participants were asked to identify the behaviors, practices, and actions that reflected this competence. Although the research was grounded in the components of multicultural competence presented in the book Multicultural Competence in Student Affairs, the findings suggested that supervisors’ competence went beyond basic multicultural awareness, knowledge, and skills and more broadly reflected a lived philosophy of inclusion as both a process and a goal. This is evident in the four tenets of the model: creating safe spaces, demonstrating courage, building capacity in others, and cultivating the whole self.

Creating safe spaces serves as the foundation of the model, as it is both a goal and a means of achieving the goal. For supervisors to engage in the other inclusive practices, they must first establish a safe, trusting, and open environment. Yet, how might this occur?

Intentionality is the foundation for creating safe spaces. It refers to dedicated and focused attention on both tasks and personal/professional growth. This is what the book Improving Staffing Practices in Student Affairs refers to as synergistic supervision, focusing on both competency and goals. Inclusive supervisors create safe spaces through intentional actions such as genuinely soliciting feedback on their own supervisory practice, investing time and effort to get to know their staff personally, using diverse supervisory approaches to accommodate the diverse needs of their staff, and appearing open to new ways of thinking and new ways of looking at problems.

Take for example Samson, whose former supervisor would often check text messages during one-on- one meetings, propose one-on-ones be held en route while walking to another meeting, or would continually say, “This is how we do it here.” This lack of attentiveness and openness left Samson feeling that his time and perhaps his voice were not valued in the space. Therefore, Samson vowed that when he was a supervisor he would make a commitment to intentionally creating a safe space where there was a genuine ethic of care. One way inclusive supervisors can create safe spaces is by intentionally dialoguing about the supervisory relationship and process itself. Take the time to ask, “How are you best supervised?” In other words, supervisors can ask supervisees to share what their “best supervision” looks like in practice. How might they be uplifted in their work? How are they best held accountable during teachable moments? Then, supervisors should actively listen to their answers and diligently work to include their needs into the supervisory process.

The second tenet of inclusive supervision is courage, which reflects a supervisor’s willingness and ability to admit to their own lack of awareness, knowledge, and skills related to issues of diversity or social justice. This courage is further demonstrated when supervisors are able to ask questions to further their understanding and are honest about their limitations. Inclusive supervisors demonstrate courage when admitting and apologizing when they have made a cultural mistake or assumption; they have the courage to both seek and actively listen to candid feedback from their staff.

Courage also requires a level of vulnerability. Let us acknowledge that we are fallible. We make mistakes. One of the most challenging and rewarding experiences Samson recalled as a supervisor was when one of his supervisees from a traditionally marginalized identity voiced their concern in a one-on- one meeting about Samson’s use of non-inclusive language during a staff meeting. A level of fragility for supervisors often exists in these moments. Defenses run high and a common response such as, "I didn’t mean it like that!" or "Wow, you're really sensitive!" can create more distrust and build a fortified wall between the supervisor and the supervisee. Having already created a safe space in which his staff felt comfortable providing that feedback, Samson had the courage to admit to his lack of knowledge or awareness with respect to the impact of the term, and they continued to have an open conversation about the meaning and perception. We are responsible for both the intention of our work and its impact. Having the courage to own mistakes made in the supervisory process builds bridges toward better understanding and mutual respect.

Tenet 3: Cultivating the Whole Self

Cultivating the whole self reflects a supervisor’s intentionality in acknowledging and appreciating the multiple identities of each of their staff members and welcoming every aspect of their identity (that they wish to share) into the space. While such consideration includes traditional aspects of individual diversity, this extends to encompass an individual’s culture, hobbies, personal obligations, and values, understanding that one’s personal identity shapes and influences one’s professional identity. Just as we value the holistic development of students, inclusive supervisors consider the holistic development of their staff.

One of Samson’s supervisees, Julie, was an active participant in a religious community that Samson had little knowledge of previously. However, he noticed that when the staff would celebrate staff birthdays Julie would schedule meetings outside of the office or leave unannounced, as her beliefs did not include celebrating birthdays. While Samson could have allowed things to proceed as usual, he felt uncomfortable with what appeared to be an exclusionary practice because it was being held in the office, where Julie had the right to be. In his next one-on-one meeting, he raised his concerns with Julie and asked questions to learn more about her religious identity and practices. They discussed her preferences and various options and agreed to bring those options to the full staff for consideration (e.g., taking the celebration out of the office to lunch, celebrating after work) as a way of continuing to celebrate birthdays for those who wanted to, while not forcing others to leave the office. Inclusive supervisors should work hard to get to know their staff as individuals and as persons, creating an environment where all aspects of their identity are welcomed and supported.

Tenet 4: Building the Capacity of Others

The final tent of inclusive supervision is capacity building in others. This is described as the intentional act of a supervisor to develop the competence and skills of their staff to navigate issues of diversity, so that they can build inclusive and just communities of practice. Capacity building can occur in both formal and informal aspects of the supervisory relationship and has the potential to further shape and develop inclusive supervision practices within the organizational structure.

Formally, capacity building can be seen in the form of one-on-one meetings where inclusive supervisors provide a balance of challenge and support as well as focused attention on both tasks and professional growth. Inclusive supervisors spend time with supervisees discussing areas of growth and competency development, specifically related to furthering their capacity for working with those who are different from them. Samson’s supervisor, Terri, was a proponent of continued professional development and found ways to support staff’s interests and personal areas of growth, whether it was simply allowing Samson to attend a diversity training on campus or supporting his attendance at a larger professional conference. Terri was also intentional in facilitating dialogue around a commitment to inclusiveness, whether it was through individual professional goal setting or through the development of the department’s strategic plan.

However, it was Terri’s informal approach to building capacity that Samson most admired. Terri modeled an inclusive approach in every interaction and in every meeting. She appropriately challenged staff to consider campus issues from the perspective of marginalized students and challenged Samson, as a black male, to consider how his identity influenced his perspective and shaped his responses, recognizing that we all have various perspectives based on our identities. Terri was able to effectively challenge staff in ways that didn’t shut down conversation but instead built their capacity to lead.

In an interview with the Harvard Business Review, Elizabeth Grace Saunders, the author of How to Invest Your Time Like Money, said: “One-on-ones are one of the most important productivity tools you have as a manager. ... From a rapport point of view, they are how you show employees that you value them and care about them.” Saunders referenced the importance of being intentional and fully present, recognizing that successful supervision practice takes time. Strategies like those related to inclusive supervision take practice and commitment, but the potential benefits are numerous, including the overall retention of professionals in the field.

Campus community builders should model the inclusive actions they wish to see in students, and this begins with the how they supervise staff. Supervisors should recognize their critical role in creating safe and supportive environments that allow staff to bring their whole self into the workplace and subsequently help staff develop their capacity for working with diverse populations. How do can supervisors create safe spaces? How do supervisors model courage? What does it mean for a supervisor to demonstrate courage? How do supervisors build capacity in others, while focusing on and recognizing their holistic development? Answering these questions assumes an intentionality to practice on which the future of our profession depends. 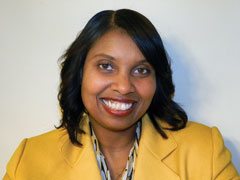 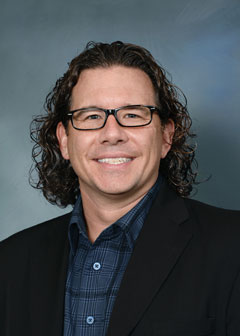 Matthew R. Shupp is an assistant professor in the Department of Counseling and College Student Personnel at Shippensburg University. Amy B. Wilson, Ph.D., is an assistant professor in the Higher Education Administration Department at SUNY Buffalo State.