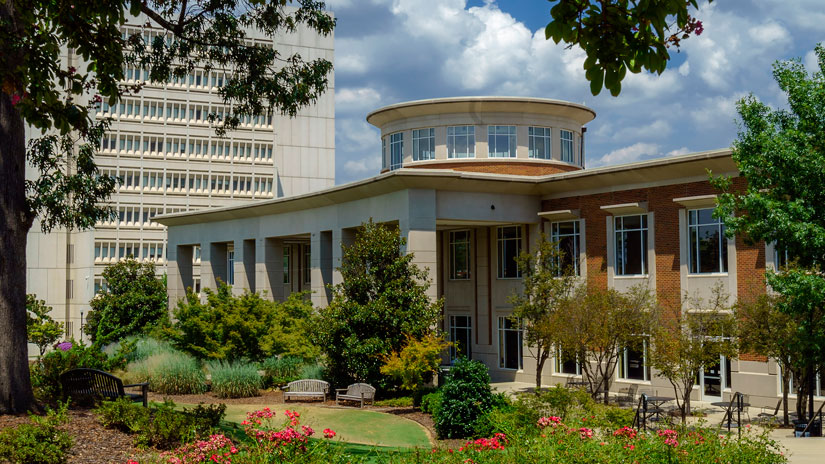 “People, not systems, are important,” was the maxim invoked by Harriet Wiseman Elliott, the late political leader, educator, University of North Carolina–Greensboro dean of students, and namesake of the Elliott University Center.

Director William Parrish believes the Elliott University Center stands as permanent testimony to her philosophy. “She had a dream for this place under one roof where the education gained in the classroom could be extended and coordinated with the extracurricular,” he said.

Money for construction was originally allocated in 1941 and Elliott didn’t live long enough to see the union open in 1953, but her name was officially attached to the building in 1974. After renovations and additions completed in 2003, the student-funded union now offers a two-story food court, three concept dining spaces, a convenience store, ballroom, auditorium, bookstore, 15 meeting rooms, the outdoor greenspace known as Kaplan Commons, and nine offices used by the Division of Student Affairs. 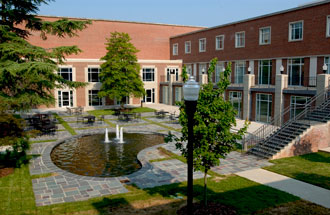 Parrish said that if an unexpected budget windfall were to arise, the union would benefit from a new ballroom at least double the size of the existing 8,364-square-foot Cone Ballroom.

“Space on this campus is at a premium, especially large meeting space,” he said. “And we would want that new space to be divisible into different size spaces depending on need.”

“Our student employees are the superstars of our staff,” Parrish said.

From fundraisers to blood drives to special ceremonies and student protests, student and professional staff have a proven ability to facilitate a wide range of activities at the union. Since 2010, it has partnered with the American Red Cross to host four blood drives per year, resulting in 7,354 donated pints of blood.

“One of our traditions is the UNCG Ring, dating back to the days when we were known as the Woman’s College,” Parrish said. “The rings are presented to recipients during a formal ceremony at the end of the fall and spring semesters, and through a partnership with our ring vendor, we’ve been able to establish the UNCG Ring Scholarship, which is awarded to multiple students each spring.”

The union has also worked with student groups to host speakers with controversial views. By working closely with those groups, campus police, Campus Activities and Programs, and other campus partners to set up additional safety precautions, those events have been managed safely.

“We also had a silent protest organized last year by some of our students after a shooting death in Charlotte, North Carolina,” Parrish said. “The silent protest took place in the EUC Commons where, again, we worked with the students and our campus partners to ensure the EUC Commons was not blocked by the protest and that it remained safe for the students who were participating.”