By Lexy Parrill , Mara Dahlgreen December 14, 2017 Feature, Leadership
The creation of college unions within higher education has been explained through the evolution of debating and literary societies, to social clubs, to the need for physical spaces for community gatherings. This depiction has provided a broad understanding of the college union movement. To provide additional context, anecdotal stories were compiled over time to explain the role of college unions and how the physical spaces of college unions evolved to meet the changing needs of students and campus communities. From all this, a narrative of college unions was constructed, exemplified in The College Union Idea, the seminal piece guiding the field for the past 46 years. Utilizing these stories, however, provides an insufficient method for understanding the larger context of college unions. Institutions deeply involved in the Association were disproportionately represented, distorting the narrative.

With limited foundational documents and data to provide a comprehensive overview of the history of college unions, an inquiry was conducted to understand the movement. To begin, the scope was narrowed to all institutional members of ACUI rather than all college unions currently in existence. A multistep approach was required to gather the necessary data, beginning with a survey sent by ACUI to all institutional members in 2015. Of the 531 members at that time, 100 institutions responded. They were asked to provide founding dates so that a timeline might be created. Additionally, the survey asked whether the union facility was the only one on campus. Finally, the names of college unions were collected.
To reach the 431 remaining institutions, college union websites, institutional history pages, news articles, and other online sources were used to discover building dates. If those dates were found, the institution was added to the database. If online searches did not yield results, institutional staff members listed in the ACUI directory and/or campus archivists were contacted to uncover the building dates and confirm any data. In early 2017, outreach was conducted in person with ACUI Annual Conference attendees who are staff members at institutions with missing data.   Since the beginning of this project, ACUI institutional members have changed. Of the 510 current member institutions, data has been collected from 388 institutions, yielding 627 unique data points as many college unions have had multiple facilities on their campus. This data collection process continues to be conducted to reach the remaining institutions. To keep the entries current, the database is continually updated with the support of the ACUI Central Office. Any data from institutions that have not maintained their ACUI membership but were previously involved in the inquiry have been archived for future use.

The history of college unions is a complex one. The 627 unique data entries produced from the 388 institutions examined in this inquiry revealed three unique college union origin stories:

In terms of the other two origins stories, 53 institutions had one college union that changed locations over time and 40 have multiple facilities on their campuses now. For the college unions that moved facilities throughout their history, most did so because they needed additional space to meet the growing needs of their campuses. For some, this meant moving to a different facility whereas other institutions elected to build a larger facility to replace the previous one. In the case of the 40 institutions with multiple union facilities, one facility was not enough, often because of the campus’s physical size or the functions the campus community required the union provide.

College union growth patterns continue to support a narrative more complicated than the traditional Midwestern-centric notion. One possible explanation for this phenomenon is that unions within close geographic proximity were able to communicate easier; thus, they shared ideas and amplified their stories. In 1914, eight Midwestern institutions met to exchange ideas, ultimately resulting in the founding of ACUI. From then on, much of the rhetoric used to describe the growth of college unions was centered around the narratives of these eight institutions. However, in 1914, at least 12 other union organizations and facilities existed. The origins of these schools are less widely known and rarely highlighted within the larger college union history.

The naming of facilities is a debate within the Association. Institutions have called their facilities unions, commons, centers, halls, and more; however, the debate is most commonly centered around the use of terms union and center. While the purpose of this project was not to enter into this debate, the data collected provide an overview of naming practices for the past 121 years.

While union is not currently the most utilized building name, union was most used until 1960 when the term center became most popular. The term center has continued to be used most frequently since. The term union was still common until 1980 when it sharply declined and since then, has only slightly increased in use. Other names such as commons, house, hall, and building reached their peak in the 1930s and have since been nominally used.

This inquiry has fostered a better understanding of when, where, and how often college unions have undergone construction to widen our collective understanding of the college union story. The data collected supports Porter Butts’ 1971 assertion in The College Union Idea that growth of college unions steadily increased from 1896 through 1950 and reached a major building boom in the 1960s.

As Chart 1 denotes, the period between 1950 and 1974 produced the greatest increase in new college union construction, tripling during those years. Construction continued throughout the remaining portion of the 20th century, however, at a slightly slower pace. By 2000, at least 491 college union facilities had been constructed.

The construction trend has continued into the 21st century, with projections estimating that 132 facilities will have been built between 2000 and 2019. Although the authors have only been made aware of construction projects planned through 2019, this represents the second largest period of growth with the possibility of continued grown from present time to 2024.

Although these periods represent the largest growth times, the overall evolution of college union facilities constructed was dramatic when examining the growth through mapping of the data points. From 1896–1924, college unions were mainly constructed within the Midwest and Northeast with only one college union existing in the Pacific Northwest. From 1923–49, college unions dramatically increased in prevalence and across the United States. This growth was not constrained to one region of the country but rather expanded to 34 states of the 48 states that existed during this time frame. It is interesting to note that while Hawaii was not recognized as a state, the first college union in the territory for this data set was built in 1939.

From 1950–74, 263 college unions were built, so that by the end of that era all states had a college union. As seen in the map, the highest concentration of college unions was in the Eastern United States, reducing dramatically along the western state lines of Minnesota, Iowa, Missouri, Arkansas, and Louisiana but picking up again along the West Coast in California, Oregon, and Washington.

The last 25 years of the 20th century saw the continued increase in facilities within the South and Northeast and a dramatic decrease in the Midwest. The 2000–19 projections anticipate a similar trend in building as the 1950–74 years, with the eastern portion of the country seeing the most construction. Since 1896, the West has seen only minimal growth. Forty-five college unions have been constructed in the West (excluding California, Oregon, and Washington) within this inquiry.

Our understanding of the complexity of the college union story is continually evolving. As most research does, this project has only led to additional questions and avenues for further research. The product of this inquiry aims to support future college union research and excite other college union professionals to explore their institution’s unique history.

To continue the work of this initiative, the remaining 122 ACUI member institutions’ data need to be collected and verified. Furthermore, for accurate record keeping, data about future renovations and construction of college unions must be continually updated for this resource to remain helpful. It would also be helpful to expand the timeline and database to include non-ACUI member institutions to further enrich the complex college union story.

Except where otherwise defined, the term college union is used throughout this article to encompass the myriad names used to describe facilities and organizations supporting community building such as campus centers, student centers, campus unions, student unions, or commons. Furthermore, the data presented in this article is centered on ACUI member institutions, many of which are in the United States and North America. The authors recognize that information presented is U.S. centric and plan to broaden data to better represents the college union story both in the United States and abroad. 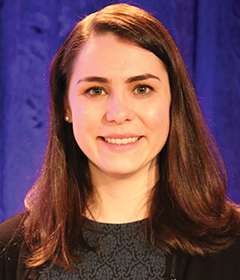 Lexy Parrill is the orientation program coordinator in the Office of the Dean of Undergraduate Students (ODUS) at Princeton University. Along with planning, implementing, and assessing Princeton’s orientation program, Parrill assists with other ODUS programs throughout the year. In 2017, she was a recipient of the Gretchen Laatsch grant and scholarship. 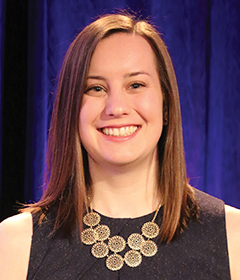 Mara Dahlgren is the assistant director of activities and events for the Indiana Memorial Union at Indiana University. Her daily work includes overseeing Union Board, the bowling and billiards center, and IU Outdoor Adventures. She was the recipient of the Richard D. Blackburn New Professional Award this year and has been involved regionally and internationally through various volunteer roles.