When a Ballroom Renovation Turns into a Capital Project

As outlined in the July/August 2017 Bulletin, Virginia Tech is on the cusp of a renovation to the Commonwealth Ballroom in the Squires Student Center. The original project plan was to update the 1960s-era ballroom over the course of five months, beginning in October. However, the planning team ran into an issue with the project bid.

Bids came back in at nearly $700,000 over budget. The original $1.8M budget allowed the renovation to not be designated as a capital project, which refers to those projects that include the new build of at least 5,000 sq. ft. and/or a total budget of more than $2 million. Capital projects need a different funding source and the approval of our Board of Visitors. Additionally, the project management responsibility shifts to a different office. While none of these outcomes are inherently bad, each comes with their own set of complications and (more importantly) timing considerations.

So, how did we get here? There is a term called “scope creep” in the facility management world. At first, we tried to make cuts to project to remain under the $2 million threshold. We were excited and nervous to get started. Additionally, we had already inconvenienced many groups on campus, made others nervous about the completion date’s impact on their annual programs, and planned for how we were going to absorb the revenue loss for displacing the ballroom for five months. We were not thrilled at the prospect of doing that work again.

But where would that leave us? Updated HVAC but no accessibility? An ADA-compliant stage while leaving the structural steel unaddressed? These may not be life-or-death decisions, but the planning team did not feel students would be best served by such compromises. Keeping the project at the larger scope was the best chance we had at addressing the multitude of problems in the room. If it took 50 years to get this far, what was an extra year?

The team is currently in the process of value engineering. This goal is not to bring the project under $2 million. Rather, we are working through the schedule of values (the document that denotes how much the contractor will charge for each aspect of the project) to better understand the bid and have debates about what gets cut, what remains, and what gets added.

Once this step is complete, the project will be officially transferred to a specialized capital project manager. We will make updates to our renderings and continue to work with a university building official to issue permits.

The next Board of Visitors meeting is in March. The director or assistant vice president will present the project to the board for their approval. If we receive approval, we will notify all of our clients and prepare to rebid the project. At that point, we will prepare, once again, to take room offline for a period of time.

How will this all work out? Follow along with our story with another anticipated update after the Board of Visitors meeting in March. 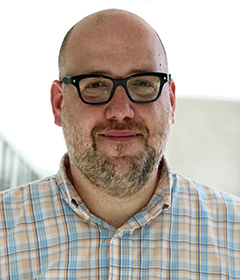 Eric Margiotta is an associate director in the department of Student Engagement and Campus Life at Virginia Tech. His daily work includes overseeing housekeeping, maintenance, renovation and construction, tenant relationships, emergency preparedness, and assessment. A past recipient of ACUI’s Edward S. “Beanie” Drake award, Margiotta has been an enthusiastic volunteer throughout his career and is currently serving on the Education Council.