The Effect of Campus Support, Undocumented Identity, and DACA Status on the Civic Engagement of Latinx Undergraduate Students

In a recent study, Dalal Katsiaficas and associates investigated the relationship of 1) campus support (the combination of campus safe spaces and peer support), 2) undocumented identity, and 3) DACA (Deferred Action for Childhood Arrivals) status on civic engagement among Latinx undocumented undergraduates. They empirically tested both the role of social support in positively impacting the civic engagement of Latinx undocumented undergraduates as well as the effect of DACA status on this process.

Major findings from the study include: 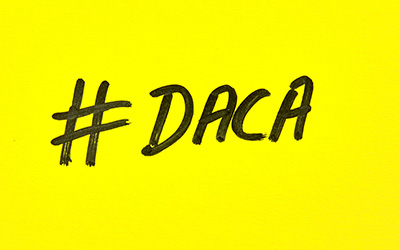 These findings challenge the long-standing perception of emerging adults as self-focused as undocumented Latinx undergraduates appear to be civically engaged and community-centered individuals. Furthermore, the presence and use of campus safe spaces by the majority of Latinx undocumented students affirms other research that suggests these spaces help undocumented youth mitigate feelings of loneliness and isolation, while also providing opportunities for peer interaction, information sharing, and activism.

The study also helps to clarify the effect of DACA on civic engagement. DACA students reported greater identification with their undocumented status, which suggests students may be more willing to reveal this status due to the protections DACA affords them. Furthermore, this finding supports other research that argues that DACA students are less afraid (Wong & Valdivia, 2014), feel they can pursue an education and a career, and have the confidence to embrace their immigrant identity (Williams, 2016). Ultimately, this stronger sense of undocumented identity may lead to greater civic engagement. Taken together, these results point to how DACA status may mitigate the adverse developmental effects undocumented youth experience.

The work of student affairs practitioners is critical. Consider how your campus’s policies, practices, and spaces (un)welcome undocumented students. Provide spaces where undocumented students can engage in community building and activities that support their identity development and civic engagement.

For more information on the Dream Act, DACA, and other policies related to Dreamers, please visit the American Immigration Council website. 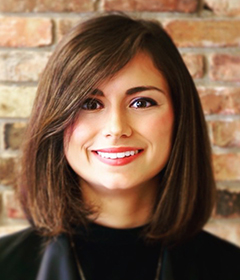 Stephanie Aguilar-Smith is a second year doctoral student in Higher, Adult, and Lifelong Education (HALE) at Michigan State University. She works as a departmental graduate assistant, supporting the student affairs administration program and the HALE master's program, and as a consultant at MSU's Writing Center. Her broad research interest is on Hispanic-serving institutions and on the institutional push-out of Latinx students, particularly within the community college sector. Aguilar-Smith earned her master’s in public administration, a B.A. in journalism, and B.A in international affairs from the University of Georgia. 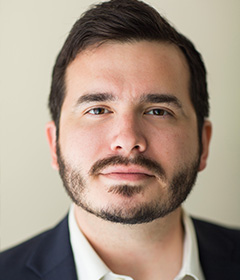 Benjamin D. Espinoza is a Ph.D. student and research assistant in the Higher, Adult, and Lifelong Education (HALE) program at Michigan State University. He is also pursuing a certificate in Chicanx/Latinx studies. His research interests include the experiences of Latinxs in higher education, faculty work, organizational leadership, religion and spirituality, and epistemic justice.