Each year, The Bulletin showcases the inventive programs and services recently introduced in college unions and student activities. Among these may be new events, organizations, amenities, or campaigns implemented to better meet the needs of today’s campus communities. The ideas featured on the following pages represent just a few of the many creative solutions professionals and students have undertaken in recent months and may serve as the inspiration for many more to be shared in the years to come. 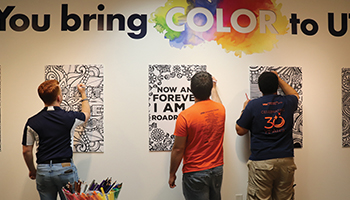 Student Art Gallery
Submitted by Elizabeth Rockstroh, Associate Director of Communications and Programs
A space that served as a student art gallery was typically closed during academic breaks. But this past year, the space was transformed into an interactive exhibit that promoted diversity and creativity. Gallery guests were welcomed by a wall that read “You bring color to UTSA” and encouraged visitors to color on the walls, sharing their thoughts about the university, their goals, and struggles they had to overcome. The space was a popular destination and was included in orientation sessions for first-year students.

Nut-Free Zone
As part of a broader campus campaign to enhance dining services, Miami University’s Armstrong Student Center will now feature a nut-free zone. To achieve this allergen-friendly environment, nuts have been removed from all recipes and areas where food is prepared. 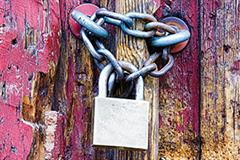 Escape Room
Submitted by Heather Rapp, Event Coordinator
An unused space in the Memorial Union was transformed into an escape room. More than 400 students and staff have taken advantage of it. While it is free for students, future plans include setting up external reservations to create revenue for the Activities Team. 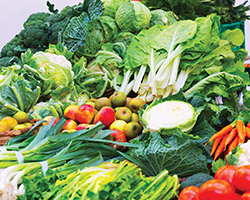 Recently UW–Madison started the Food Shed program. Four refrigerators, including one in the Student Activities Center, give campus community members access to free produce, provided by “agriculture researchers and local farms with excess crops,” the university announced. A student started the project with a $5,000 grant to help with food security needs and to use vegetables and fruits that end up being composted because local food banks cannot make use of all of them. Produce will be available from May to November. 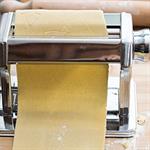 ‘Ribbon’ Cutting
Instead of cutting a ribbon to open its newly renovated 80,000-square-foot space, University President Rita Cheng and Sodexo North America Vice President Barry Telford cut a length of pasta that had been draped across the entry, reminiscent of a foot-wide lasagna noodle. The LEED Gold-rated building now includes six dining options, including Italian.

Color Me Stress Free
Submitted by Brigitte Szivos, Associate Director for Union Operations
A new space in the Student Union encourages students to take a break and relieve stress by using creative tools, coloring, and snacking.

On-Campus Service Day
In preparation for the start of a new school year, administrators, faculty, alumni, and staff participated in a service project to freshen up the campus. Tasks included cleaning desks, floors, audio-visual equipment, and classroom surfaces.

Wrestling Team Practice
Although the University of Missouri wrestling team has captured division championship titles for several years and included an Olympian bronze medalist, many campus community members had never seen them in action. To promote the team, the Tigers held a midday practice in middle of the Student Center last November. Passersby were able to see the team warm up and train during the two hours the team spent doing drills on black mats laid out in the atrium. 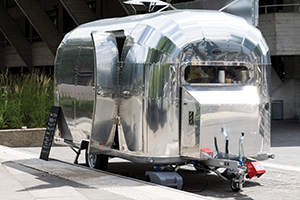 Aryeh’s Kitchen
Parked next to the Vanderbilt’s Sarratt Student Center is now Aryeh’s Kitchen, “the only campus food truck in the United States offering a fully kosher menu, including meat items, like brisket, pastrami, chicken and ox burger,” the student newspaper reported. The silver Airstream trailer provides quick kosher meals that were previously unavailable to the campus community.

Gallery 23
The student-run art gallery inside the UTSA University Center is hosting an Instagram photography challenge in November. The exhibit will include entries from 10 winning photographers. 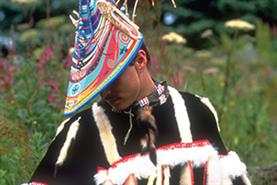 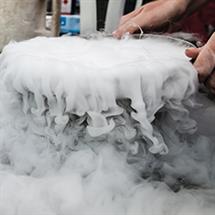 Douglass Community Kitchen
Submitted by David Graupman, Assistant Director, Student Life Operations
The Community Kitchen is part of the recently renovated Douglass Commons. Often used by student organizations to host events and meetings, the space has an oven, stove, dishwasher, and various other appliances. In one semester, more than 50 events were hosted in the space, including Liquid Nitro Ice Cream Social, Israel Cooking Demo, Turkish Coffee & Conversation, and The Festival of Food, Film, & Cultures. 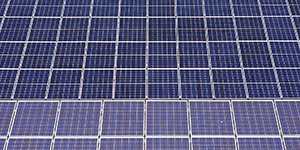 In addition to the solar-powered roof of the union building, Thompson Rivers University now boasts what it is calling “North America’s first solar sidewalk.” Sixteen solar modules were installed that provide energy to power the nearby sustainability office. Additionally, the public will benefit from learning about how pavement and everyday structures can be used to conserve and produce energy. 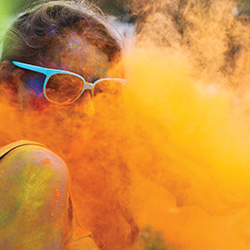 Holi: Festival of Colors
To celebrate Holi, the festival of colors in India, the Indian Student Association held an event at the intramural fields on campus. If they wanted, people were welcomed with a splash of color at the entrance of the event. Every 45 minutes, participants could gather in the center of the field for a “color wave.” They would countdown and then throw handfuls of colored powder in the air together. The festival also featured Bollywood music, Indian food, henna tattoos, dance offs, sing offs, and hula-hoop contests. A designated area had buckets of water and pichikaris (water guns) and a T-shirt sale raised funds for the Aashray Care Home, an orphanage in India for children affected by HIV. 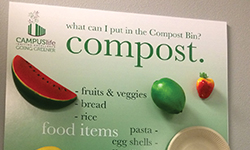 Compost Display
Submitted by Heather Rappaport, Assistant Director
A three-dimensional display was created by Facilities Manager Ronald Buncombe to educate the campus community on compostable materials. Since being installed, the display has garnered much attention, with individuals often stopping to look and learn.

Student Staff Onboarding
In addition to a short employee manual for onboarding new student workers, the Department of Student Life recently developed a First Day Checklist. The goal is the ensure all new staff receive the same introductory experience across the 14 facility management and programmatic units. 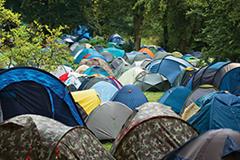 Welcome Party
For several months last year, a tent city was allowed to exist on the University of Washington campus. To serve the homeless individuals dwelling there, university nursing students held a welcome party in the South Campus Center. They hosted a potluck and provided pedicures and other foot care to the tent city’s residents. 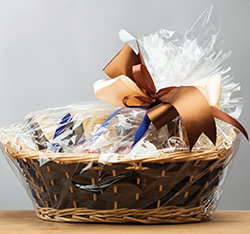 Bearcat Recognition
Last year, Binghamton expanded its staff recognition program in the Division of Student Affairs. Its first tier allows individuals to write Bearcat-themed “Gratitude Notes” to affix to a staff member’s chair or door. Monthly, the division also awards Certificates of Recognition and other awards to individuals nominated for recognition; they also have their photo taken with the school mascot. Occasionally Bearcat Baskets also are exchanged that recognize entire offices within the division and include a traveling journal in which to express gratitude. 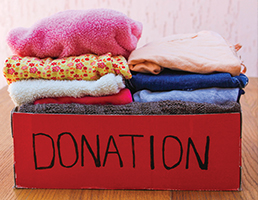 Holiday Baskets
The Cougar Cave, a food and clothing pantry operated by Associated Student Government, introduced holiday gift baskets in 2016 to help student families in need. On a budget of less than $500 per term, a team collects and distributes primarily donated items that recipients most need. The rest of the year, the Cougar Cave holds a weekly “free food” market and provides clothing donated from the campus community.