Your Role in Clery Act Compliance

Since it was amended in 2013, the Jeanne Clery Disclosure of Campus Security Policy and Campus Crime Statistics Act (Clery Act) has required “institutions to compile statistics for incidents of dating violence, domestic violence, sexual assault, and stalking and to include certain policies, procedures, and programs pertaining to these incidents in their annual security reports.” 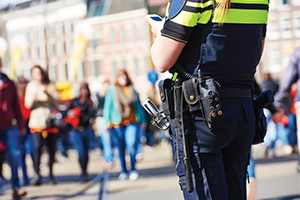 In conversations, student employees or student organization leaders may perceive professionals as mentors or advisors and expect a certain level of confidentiality as they discuss a troubling situation. However, reporting exceptions are limited only to religious leaders and professional counselors “whose official responsibilities include providing mental health counseling to members of the institution’s community” and who are “functioning within the scope of the counselor’s license or certification.” Union and activities personnel likely would still be obligated to report anything a student chooses to disclose even if they are unsure whether it falls under the Clery Act.

While the Federal Register provides definitions for the types of violence mentioned in the law, two areas remain unsettled: 1) The definition of “dating violence” does not include emotional and psychological abuse. Only sexual or physical abuse or the threat of such abuse was included in the definition. 2) A definition not included in the Clery Act is “consent,” as it might create ambiguity in “jurisdictions which either do not define ‘consent,’ or have a definition that differs from the one that would be in the regulations.”

Fortunately, campus security authorities do not need to determine whether a crime occurred; they need only report the possibility of a crime in a timely fashion. Usually, a campus has a clear process and form for filing such reports. One option is for the victim to report a potential crime to law enforcement themselves, although they might not wish to do so. Without pressuring the victim, staff can indicate that reporting a crime does not require pressing charges and may be done anonymously. However, even if the victim does not want to report the crime, a campus security authority must do so.

Ultimately, everyone is working toward the same goal of safer college campuses. Individuals should check with their supervisors or campus legal counsel to determine their responsibility for Clery Act compliance. If they are identified as a campus security authority, the nuances and ongoing case law necessitate professionals insist on regular training related to the law.