International Students' Use of Social Media within Social Constructs

As far back as a 1977 study in the International Journal of Psychology, researchers have grouped international students’ social networks into three categories:

Students rely on these networks to provide social support as they encounter various challenges while pursuing their education. Seo et al. reported: “Some of the common problems facing international students are language proficiency issues, new societal and cultural norms, academic differences, and financial stress. Moreover, previous research shows that international students often feel lonely because of not only lack of strong social networks in their new environment but also lack of familiar cultural, societal, and linguistic environments (Sherry, et al., 2010). Previous studies show that the number of friends that international students have positively affected how successful they are in the new environment (Furnham & Alibhai, 1985).”

With the advent of social media, little research exists about whether such online communities may also provide support and help international students in adjusting to their new realities. Seo et al.’s study adds to the literature in this area.

An online survey was sent to 2,145 international students attending a large, public university in the Midwest to examine participants use of social media, demographics, and perceived social support and adjustment. Participants were recruited through international student organizations who distributed the survey link. Among the 204 respondents, 31.4% were Middle Eastern or North African, 28.4% were East Asian, 24.5% were South Asian, and 10.3% were South or Central American. The instrument measured social self-efficacy, collective selfesteem, level of perceived social support, level of adaptation to the United States, and social media use such as frequency, sites, and connections. Finally, demographics were measured, including academic-related questions.

Consistently across demographics, the level of social media use was positively associated with the level of perceived social adjustment, not perceived social support. “The nonsignificant relationship between social media use and level of perceived social support might be explained by the fact that international students typically do not consider social network sites as an important venue for discussing their problems,” the authors wrote. Among the reasons why this might be, the authors found: “international students are concerned that they might alarm their family in the home country if they shared difficulties or distress faced in the United States.”

Survey results also indicated that international students as a population include different types of groups with various cultural backgrounds. As such, some are reticent in seeking social support online as this is viewed as risky based on how their posts may be interpreted by those with different cultural backgrounds. Secondly, students indicated that current social connections are not sufficient in offering necessary social support.

The relationship between social media use and social adjustment confirmed previous research showing that socially and professionally active international students living with host nationals tend to adjust better to the host country. The findings also showed that those students who spent more time on social media tended to have a larger local support network in navigating their college careers. The authors were quick to point out that the students and their networks are much more intertwined than students in previous research (i.e., than the three models professed in previous research). Digital media allows for increased communication with local networks and home networks, affording facilitated interactions with multiple types of social networks simultaneously with broader support.

Finally, the findings showed that the level of collective self-esteem was associated with the level of perceived social adjustment. International students’ self-concept is influenced by their membership in a social group and so membership is associated with self-identity. In trying to adjust, international students generally sought relationships primarily with students from their home country or those with shared cultures more so than with U.S. students.

The authors maintained that as social media and digital communication technologies become increasingly ubiquitous and important in students’ lives, it is imperative to develop more up-to-date models of understanding international students’ social networks by taking into account these new types of social interactions on social media. While this study focused on international students’ experiences at one institution, it may be helpful for union and activities professionals to consider the communication methods used to promote student involvement opportunities, address customer service challenges, engage students in campus programs and traditions, and provide support services. Social media may be one tool in serving the campus community but, at least in the case of this study, it may not be the most useful in helping connect international students with necessary social support. 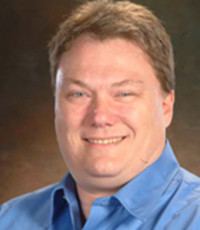 James Van Roekel is the director of student affairs technology at Sam Houston State University. Van Roekel has more than 18 years of higher education experience as a faculty member and administrator in academic and student affairs. His research, which can be found in 25 publications (including three books), and teaching focus investigates the utilization of free and off-the-shelf hardware and software toward the development of multimedia and digital applications in student learning. His grant writing has brought in more than $725,000 to engage faculty and students in current and emerging technologies. He is a member of EDUCAUSE and Infocomm International. Van Roekel is a past recipient of SHSU’s Sammy Award and Vice President for Student Services' Bearkat Spirit Award.