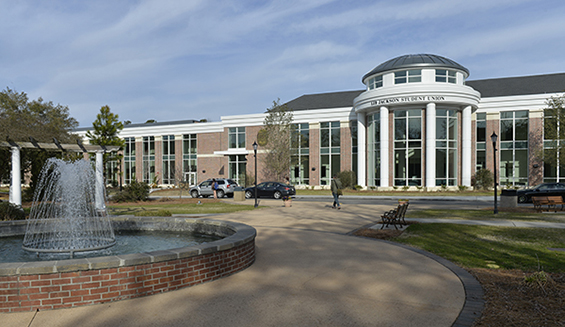 Form vs. Function: The Challenges of Operating a Recently Renovated Union

By Chris Adrian February 10, 2017 Perspective
This time last year, Coastal Carolina University opened the new section of the Lib Jackson Student Union (formerly known as the Lib Jackson Student Center); the facility is comprised of Building A (new section) and Building B (old section). Debbie Conner, vice president of campus life and student engagement, said in her remarks at the ribbon-cutting ceremony that the new name of the facility—union—was used intentionally to indicate what occurs when something is formed by two or more things coming together. This space is a place for our students and our community to gather and learn from each other outside the classroom. However, in overseeing the day-to-day operations of the union, I’ve noticed some design and accessibility flaws that create barriers to fully achieving that vision.

As one might expect, the union offers an improved experience over the old facility. The $12 million invested in this project yielded a much-needed home for cocurricular life on campus. The renovated facility now houses Multicultural Student Services, the Counseling Outreach Advocacy Student Team (COAST), International Programs and Services, and Career Services, as well as an updated and larger games room, a student commuter lounge, a dedicated student organization room, a student organization resource center, and a new food convenience store—known as Main Street P.O.D. Before the start of this academic year, the union had already processed 4,250 reservations; the spring 2016 semester alone had 1,330 reservations. Thirty student workers assist with the operations of the student union, from running the games room to operating movie nights to setting up and breaking down reservations and events, offering developmental experiences not possible prior to the renovation. Even the local community uses the facility, participating in cultural events and movie nights. However, without minimizing these advantages, there is also much that might have been constructed differently if planners had the benefit of more conversation and understanding of union operations and priorities.

The planning phase for Building A started in 2011, and groundbreaking took place two years later. I was hired in December 2014 as the assistant director of student life when most of the building was constructed. Looking back, I wish more consideration had been given to the functionality of the facility than to its form.

The games room is one of the most popular features with the new section of the student union; however, the facility design influences how easily it is used and operated. For instance, if we had identified the size of billiards tables prior to construction, we might now have more space for people to walk around each table holding pool cues and for students who need extra space for accessibility. In addition, some of the walls in the games room are not sound-proofed, so offices along the games room walls can hear full student conversations and hear them cracking the billiards rack. Storage and sight lines are also problematic in the space. The games room closet is under the stairs, and the support beams located inside the closet take away from its capacity. From the main desk in the games room, student workers cannot see the table tennis table due to the stairs and closet design. Additionally, the courtyard influenced the door locations and overall space for the games room. They are aesthetically pleasing but not as practical operationally.

The Coastal Theater is used in many ways, including movie nights as well as educational/documentary film screenings for different departments, Student Government Association presidential debates, panel discussions and keynotes for the university community, training sessions, and more. On a positive note, while no other restrooms in the union include changing tables, one was included in the theater’s all-gender restroom. However, currently, no equipment is installed in the movie theater for hearing-impaired students, faculty, or staff, and such equipment will be added on the vague timeline of “when funds are available.” Also because of expense, the theater has only 210 fixed seats and our student population is more than 10,000. This is challenging not only for programming but also because the theater is used as a classroom since certain academic buildings are under construction or are being renovated.

When students need a quick snack and drink, pre-made Subway sandwiches, or freshly made sushi, they visit the Main Street P.O.D (Provisions On Demand). This food service area is a convenient option for students, faculty, and staff who need something on the go. Within the Main Street P.O.D is a candy wall; however, when the sun is setting for the evening, it beams directly on the candy wall—another design flaw. Understandably, the design team likely did not consider the candy types it would be storing and selling when it selected exterior window treatments. The windows were specified by the state’s office since the university is close to the ocean and needs to endure different weather situations. However, I like this example because it illustrates how detailed and integrated our work is. Once the food service provider for the university realized some of the candy was melting, blinds were installed for this area.

Traversing the facility, our guests who use mobility aids encounter several barriers. The automatic opener buttons do not open both exterior doors and are on the opposite side of the doorway. The elevator is in back of the facility. And, on the interior, doors stoppers are needed to prop doors open as the doors were not designed with hinges or latches that keep them open.

Within the next year or two, the student union will be planning another expansion; I know I will be asking a lot of questions about the design of certain spaces as well as compiling a list of needs including sound proofing, audiovisual equipment connections, lighting for special events/occasion, and anything else that I can think of from now until I walk into that room. Additionally, I will reach out to other student unions and connections I have made from various conferences and other networking opportunities to ask them what they did when it came time to renovate. Building a union is unlike building any other type of facility. The same could be said for operating one. This is why it is just as important to see the beautiful highlights of recently redesigned unions as it is to learn from others’ missteps and hopes for do-overs. I know decisions often come down to money and timeline, so I urge future design teams to ensure resources are allocated for visiting and talking with other institutions. This is a critical step toward more successfully achieving your vision. 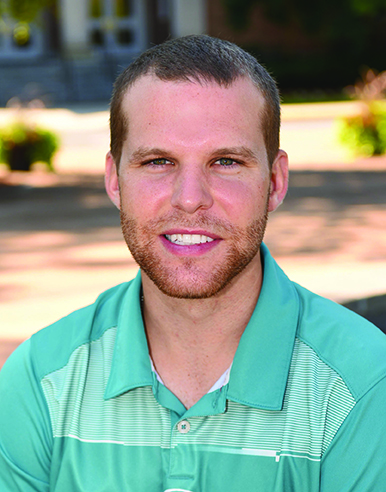