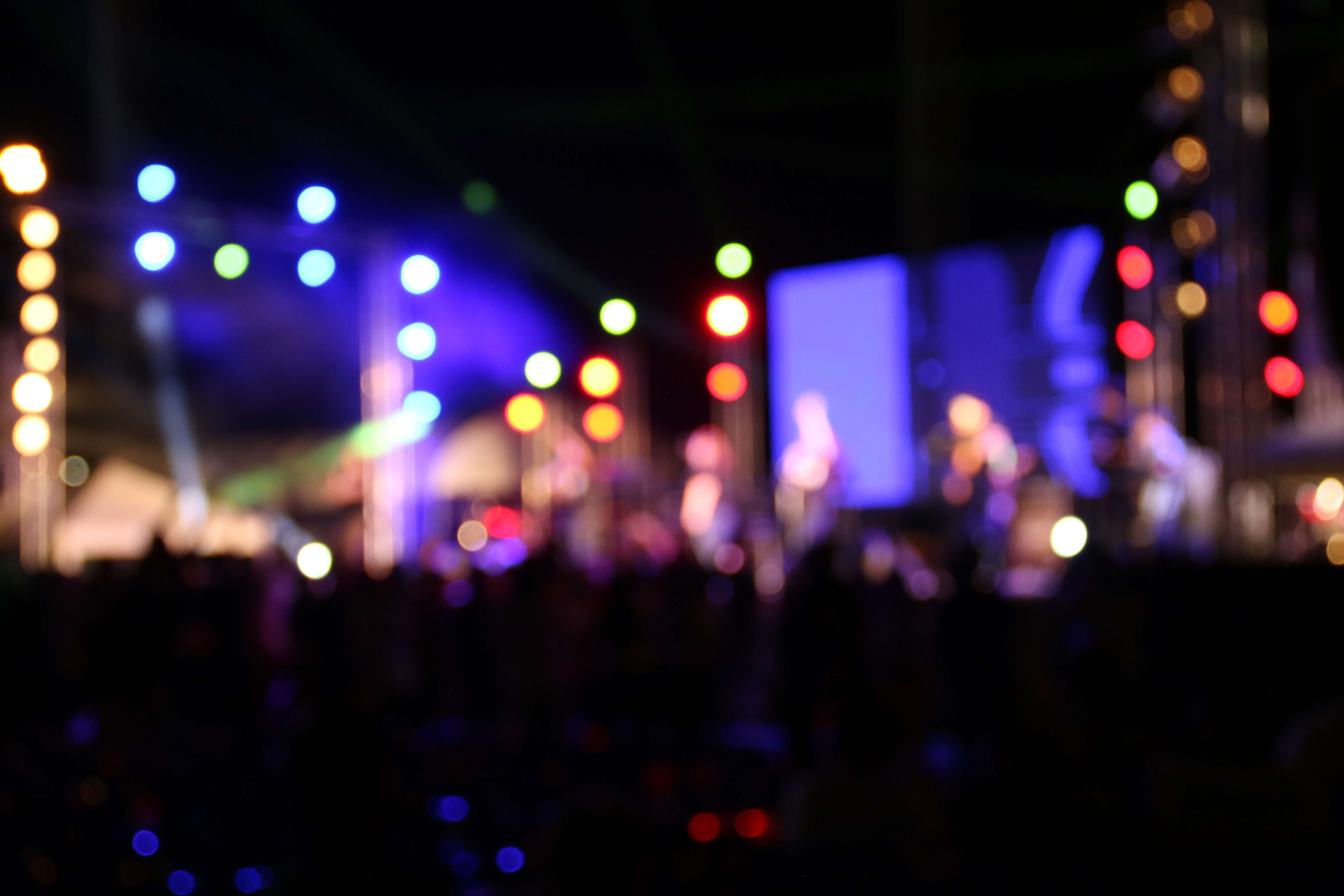 Distancing Universities from Student Organizations: A Look at Public Institutions in Virginia

In 1812 at the University of Oxford, Augustus Hare founded the Attic Society (a precursor to the Oxford Union) as the first student-organized debate society in modern higher education, and did so under the goal of free expression of ideas. This group stands as the original student organization, where over time students began to organize around more than debate. In 1895, Harvard students established the University Club, the first student organization in the United States to “promote comradeship among members of Harvard University,” according to college union historian Porter Butts in The College Union Idea. In response to the expansion and diversification of students in U.S. higher education, the student personnel movement began in the 1920s. The purpose of these administrators was to address the nonacademic needs of college students as more began to organize outside of the classroom.

As this history shows, students have chosen to organize for more than a century in higher education. However, it was not until Healy v. James (1972) where students were legally granted the precedent giving them the right to organize. In this case, the president of Central Connecticut State College denied recognition of a local chapter of Students for a Democratic Society (SDS). The president stated the group was antithetical to the institution’s commitment to academic freedom and feared it would be disruptive to the campus. This denial prohibited the organization from using campus space and from advertising on campus bulletin boards and the campus newspaper. Referencing the First Amendment’s Freedom of Association clause, the Supreme Court ruled that institutions cannot deny recognition to student organizations that agree to abide by the institution’s policies and cannot deny recognition based on apprehension about what a group may do. Therefore, the court ruled the reasons were insufficient to justify nonrecognition and that diversity in the content of campus organizations allowed for the “intellectual give and take of campus debate.” This final note is important as it relates to the historical foundation of student organizations in higher education as previously mentioned.

The courts have historically held that institutions can make reasonable rules and regulations for student organizations. According to William Kaplan and Barbara Lee’s definitive text, The Law of Higher Education, 5th Edition, institutions should follow three regulatory bases when considering denying recognition:

The idea of equal enforcement is most often seen with regard to student organization benefits granted with recognition. In particular, student activity fee funding policies are often the leading contentious benefit. Although institutions are not required to supply funds to student organizations, once they choose to do so, it must be without regard to the content of the organization’s ideas being expressed (Gay and Lesbian Students Association v. Gohn, 1988; Rosenberger v. Rector and Visitors of the University of Virginia, 1995). In the seminal student activity fee case in the United States Board of Regents of University of Wisconsin System v. Southworth (2000), the court set the precedent that institutions do have the authority to impose and allocate student activity fees to student organizations for the “purpose of facilitating free and open exchange of ideas by, and among, its students,” and must do so through content-neutrality. The language used in the opinion continues to show the importance of free expression of ideas that student organizations bring to higher education institutions.

These policies provide legal protection to both the institution and the student organization by describing what will be acceptable. Some institutions outline behavior expectations that may result in discipline or loss of recognition. For instance, Virginia Commonwealth University explicitly states that student organizations will not “willfully disrupt or prevent the conduct of classes … act in violation of reasonable and lawful requests of university officials [nor] … falsify or forge an official university record or document.” These expectations directly correspond to the opinion stated in Healy v. James (1972).

Is this enough to distance an institution when other policies contradict and bring the relationship closer? Consider this scenario: James Madison University’s policies state that it does not accept responsibility for recognized student organizations that enter into contracts using non-university funds and without support from the university. However, student organizations using university funding must receive approval from appropriate university officials before entering into any contracts. It is feasible that this practice could be interpreted from a legal standpoint to make the university responsible and liable for the actions of the organization with respect to that specific contract and program.

In Marzart v. State (1981), the student newspaper published a libelous letter and the court found the organization responsible. However, citing freedom of the press and agency theory, since the institution had no authority to preapprove, censor, or control what the student newspaper published, there was no supervisory relationship. Therefore, the court found that the institution was
not responsible.

Not all instances are as clear as a freedom of the press situation. In Mynhardt v. Elon University (2012), a student was paralyzed after a fight at an off-campus party hosted by a student organization. The court ruled in favor of the institution because the student voluntarily chose to engage in dangerous activities and did so at an off-campus premises. Since the university did not supervise the premises, there was no relationship to this organization activity.

Case law has made it clear that if a supervisory relationship exists, then institutions may become liable for student organization activities. Some institution policies and practices make it clear when a supervisory relationship exists, such as requiring university advisors. Since the courts have had mixed rulings, it is important for institutions to decide proactively how they will manage risk with respect to student organizations on their campus.

A risk management plan can minimize litigation for institutions. Kaplan and Lee outlined four primary methods of risk management exist, each with different levels of protection.

Shifting the Risk in Virginia

In October 1982, Sigma Chi at the University of Virginia (UVA) took a road trip to a neighboring institution. Sixty-three brothers and potential members piled into the back of a U-Haul truck and while driving, the truck tipped and collided with another vehicle. Two students were killed and several others were severely injured, including Thomas Stumm, who was in a coma for 10 weeks. The Stumm family filed suit against the university, the local Sigma Chi chapter, the driver, and U-Haul. In 1985, the court found that UVA had no responsibility in the accident. However, the student affairs vice president decided that the institution needed to reconsider the university’s relationship to all student organizations in respect to becoming aware of its legal liabilities. At the time, the assistant dean of students was quoted in The Cavalier Daily student newspaper as saying, “The university will not simply return to old policies just because the suit was decided in its favor.”

Virginia Tech subsequently followed this policy with their own in 1991 and went a step further to create a three-tiered system. In developing these new policies, one of the key points was to remove the “review process” for constitutions from the recognition process because the legal understanding at the time was that if the university approved governing documents of an organization, then the actions of the organization could possibly be seen as university supervision in liability cases. Additionally, the expansion of many new organizations made it challenging to maintain trained university advisors for every organization; Virginia Tech currently has approximately 700 student organizations.

This tiered system was tested in court in 1996 when the Collegiate Times, the student newspaper that was run by the RSO-recognized Student Media Board, was sued by a VT football player. The suit originally named the university, but was quickly dropped because of the recognition status outlined by the institution’s policies.

Virginia Tech grants each tier the same level of benefits with respect to funding, access to facilities, and ability to advertise on campus. The College of William and Mary followed with a three-tiered system, in which the university accepts responsibility for “sponsored” organizations and distances itself from two separate levels of “affiliated” organizations. William and Mary chose also to differentiate the benefits each tier receives, including use of the college name and access to specific facilities. Within the last seven years, Old Dominion University, Virginia Commonwealth University, and James Madison have each considered moving to similar systems that distance their institutions from liability of student organizations.

With legal rights to organize and educational benefits of having organizations to provide diversity in free expression of ideas on college campuses, student organizations will continue to be a priority policy consideration for institutions. Institutions should regularly review their recognition practices and contemporary case law to decide the best practices to protect themselves from liability. As seen in Virginia, there is a split philosophy among public institutions regarding the level of supervisory relationships each campus chooses to establish, both distancing and accepting the risk.

Regardless of what rules and regulations the institution establishes, the courts can always choose to see things differently. In the unpublished case of Pawlowski v. Delta Sigma Phi (2010), the court found the university not responsible for a student death after an off-campus party, even though the university had rules governing off-campus parties, which could have created a supervisory relationship. Based on the court opinion, Peter Lake wrote in his book The Rights and Responsibilities of the Modern University: “Too much enforcement in colleges will not teach, but police students—destroying the educational mission we are trying to protect.”

The judge’s opinion from this case encourages colleges to have and enforce policies for its students, but also create an educational environment that “keeps colleges accountable without holding them liable,” Lake explained. As one final note, institutions should consider and understand their legal liabilities with student organizations. However, institutions also have professional and ethical obligations to support and advise student organizations for the greater benefit of the students’ free expression of ideas. 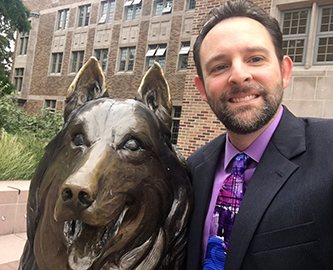 Justin Camputaro is the director of the Husky Union Building (HUB) at the University of Washington. Throughout his 17-year professional career, he has been responsible for college union facility management and student organization support. He is a former ACUI Education Council member, co-creator of the Essentials of Facilities Management Training Seminar, and has served on numerous Regional Leadership Teams. Camputaro is currently a doctoral candidate in the higher education Ph.D. program at Virginia Tech.