The MHB Internship recognizes the Association’s core values of unconditional human worth and diversity to provide graduate students of color the opportunity to advance their career in hopes of increasing the racial diversity in the student activities profession. The MHB intern will work remotely with the ACUI Central Office to learn more about event planning, trends in the profession, diversity and inclusion initiatives, and association management. The MHB intern will also have the opportunity to travel to in-person events that occur during their internship.

Abigail Garcia is a first year in the M.Ed. higher education program at the University of Houston and is the marketing instructional assistant at the UH Student Centers. She looks to learn more about different practices and programming student unions are implementing to foster innovative, inclusive, and supportive communities on campus. She is passionate about developing resources, support services, and peer mentorship programs for sexual assault survivors. She received her undergraduate degrees in journalism and Asian American studies at California State University–Northridge. In her free time, she enjoys playing Animal Crossing, exploring new restaurants, and catching hockey games on TV. 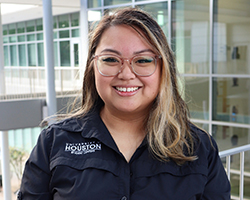 The deadline has passed. The internship will be open again for 2023.

Degree-seeking graduate students of color enrolled at an ACUI member institution who intend to pursue a career in the profession, who are not set to graduate in the upcoming May or August, and who have a commitment to fulfilling the duties of the position for the length of the internship are eligible to apply.

Applicants will receive electronic notification confirming receipt of materials. The ACUI Central Office will review materials, conduct interviews as needed, and select one intern each year. One physical award will be given to the recipient, who will be recognized during the awards ceremony at the annual conference and in subsequent publications.

A visionary leader, Herman-Betzen always sees the greatness in the college union and student activities profession and has been critical to providing support to these professionals by developing the programs and services of ACUI. Herman-Betzen became the Association’s first woman executive director in August 1994, after working as the associate executive director and the coordinator of educational programs and services. During her tenure, she challenged and led the Association through a critical self-examination and reinvention process that turned a deficit of hundreds of thousands of dollars into comfortable operating reserves and more nimble governance.

Under her leadership, ACUI’s operating budget grew from $750,000 to $3.5 million. She led the way for ACUI to be a leading partner in countless initiatives in the higher education community, including the Women’s Leadership Institute, and was the first executive director invited to the White House for their Symposium on Hate Crimes. She is a friend to all she comes in contact with and has been largely responsible for the existing culture of the Association where everyone is unconditionally accepted. 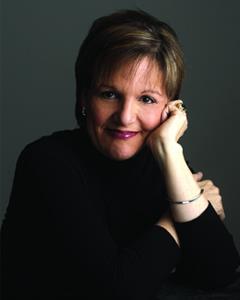