The Edward S. "Beanie" Drake Founders' Award recognizes an individual in the midst of their career who has exemplified the values and mission of their institution and ACUI. This award intends to inspire recipients by providing financial support for an educational activity that will develop them as a leader.

Victoria Culver Rice, Missouri State University, has been volunteering for over a decade in various roles with ACUI. Her volunteer experiences illustrate her strong support and commitment to ACUI through her service. Rice has a strong work ethic and commitment to her students and the student affairs profession. Rice says that she would not be the professional she is today if it were not for ACUI. She plans to use the scholarship to assist in funding her attendance at an ACUI Annual Conference so she can continue to create connections with other campus community builders and develop professionally. 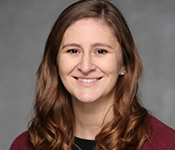 Professionals with five to 15 years of experience in the profession at an ACUI member institution are eligible for this award.

The application deadline for this scholarship will be collected again in December 2020. Submission materials must include the following:

Edward S. “Beanie” Drake was one of the founders of ACUI, and was instrumental in the early growth of the organization. Drake served as director of the Ohio Union from 1913 to 1946, and was the host and moving force behind the first organizational meeting of the “National Association of Student Unions,” the original name of ACUI, on the Ohio State campus in December 1914. He was the only professional staff member in attendance with students from the nine Midwestern colleges and universities.

His commitment to the Association continued throughout his career. Drake was secretary from 1919 to 1932 and served as editor of the ACUI’s Bulletin for a number of years. In 1933, Drake was elected president of the Association. In his nomination speech, Foster Coffin said, “We all know that there has been one man more than any other who from time immemorial has been carrying the load for this organization. We refer, of course, to Mr. Edward S. Drake.” In accepting the nomination, Drake replied, “I have never wanted to be president of anything. I have a feeling you are spoiling a fair secretary to make a poor president. However, if it is your will, I shall do the best I can.”

Drake’s vision and guidance during the organization’s infancy was vital in building the foundation for today’s ACUI. The endowing of this award, through the fundraising leadership of The Office of Student Life at The Ohio State University, was fitting as it recognized Drake's visionary commitment to college unions and to the many students that we serve. 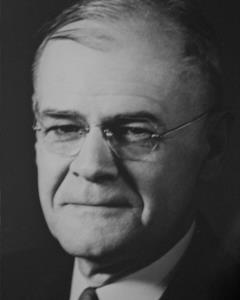