The Adell McMillan Memorial Scholarship was established to assist women in developing their leadership potential within the profession. It benefits the recipient through up to $1,000 in financial support to participate in activities that provide professional development, networking, and leadership opportunities.

Spencer Stidd, Virginia Tech, volunteers as the 2021 ACUI Region VI Conference chair. ACUI has been a driving force in Stidd's professional career since she was an undergraduate student working as a building manager. Stidd attended a regional drive-in conference and believes it changed her life and set her on the path she is on today. Stidd is excited to apply the scholarship funds toward ACUI’s Aspiring Directors Institute. 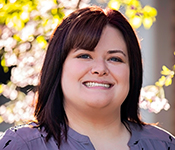 Individuals eligible for this award must:

The application deadline for this scholarship will be collected again in December 2020. Submission materials must include the following:

McMillan served as director of the Erb Memorial Union at the University of Oregon, was president of ACUI, and was the recipient of the Butts-Whiting Award in 1987. In 2006, she authored a collection of oral histories of the college union movement and ACUI titled College Union Pioneers.

This scholarship recognizes her role as one of the first women to serve as a leader of ACUI and her commitment to the development of women in leadership roles.

McMillan was recognized with the Butts-Whiting Award, ACUI's highest honor, in 1987, and she served as the ACUI president in 1981. 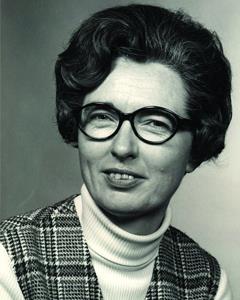