The purpose of this award is to recognize and honor outstanding leaders in ACUI who have made significant contributions to the college union and student activities movement and whose accomplishments and careers are a credit to ACUI.

This award also spotlights the accomplishments of the Association and thereby increases the pride of the staff and students who work with the college union program on each campus. It presents to college communities around the world tangible evidence of the effectiveness of the programs of the college union. In establishing this program, it is recognized that the award is given for outstanding achievement and that no compromises diminishing the significance of the award are to be made

Lincoln Johnson has more than 30 years of senior leadership experience in higher education, working at small, large, public, private, and faith-based institutions. He’s been an active volunteer with ACUI since 1995 and has been at the University of Washington since 1996, where he first served as director of the Husky Union.

Johnson served as ACUI president from 2007–08 and as an at-large Board of Trustees member from 2000–02 and 2006–09. For Region 14, he served as regional director and conference chair, for which he received the region’s Solbach Award for Distinguished Service. Additional ACUI volunteer roles include ACUI’s public policy liaison and chair; member of the Gay, Lesbian, Bisexual & Transgender Concerns Committee; and member of the Educational and Research Fund team.

Note that only one nomination is necessary for a nominee to be considered, and the identity of the nominator will not be disclosed during the selection process.

The submission deadline has passed. Nominations for 2024 awards and scholarships will open in October 2023.

The review process includes, but is not limited to, an assessment of the criteria listed below. The nominee must:

Individuals who have participated in the college union and student activities movement as a professional for a minimum of 10 years, who are active in the field at the time of nomination, and who are not previous Butts-Whiting Award recipients are eligible for this award.

Nominators will receive electronic notification confirming receipt of materials. A confidential Butts-Whiting Award Committee, appointed annually by the ACUI president, will review materials to make the selection. Not more than one award will be presented during any year, and an award need not be given every year. One physical award will be given to the recipient, who will be recognized during the closing banquet at the annual conference and in subsequent publications.

Porter F. Butts, often called the “elder statesman” of the college union profession, began his career with the Wisconsin Union at the University of Wisconsin–Madison before its building was built and stayed there for almost 50 years until his retirement in 1970. He drew on his experience from planning the Wisconsin Union to help more than 100 colleges and universities plan their own union buildings. His name appears throughout the history of the college union movement and particularly in ACUI’s annals. He attended his first ACUI annual conference at Cornell University in 1926, served as president in 1932, and was editor of publications from 1936–70. He initiated and administered the predecessor of today’s Career Center, proposed the regional system, started the intercollegiate recreation tournaments, and wrote The College Union Idea. He also wrote the first draft of The Role of the College Union

Recently, the Board of Trustees examined an issue raised about Porter Butts, related to his involvement as an undergraduate in a student organization called the Ku Klux Klan. More about the review process and outcome can be found here. 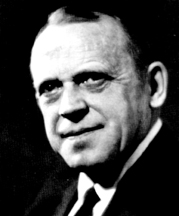 Edgar Whiting served as ACUI’s secretary-treasurer from 1941–68, helping to make the Association what it is today. Whiting kept the Association books, answered inquiries about unions, wrote to prospective members, produced the annual conference proceedings, and filled publication orders, working from an office in his home during evenings and weekends. After 1963, Whiting ran the employment service that is now the ACUI Career Center. He also arranged and managed the Association’s annual conferences for 20 years, sometimes planning three years in advance. His devotion to excellence and unparalleled leadership service established a model of professionalism highly regarded in the college union field today.

All of this was accomplished during his service as director of Cornell University’s Willard Straight Hall from 1958–70. Previously he was assistant director under Foster Coffin. During the first half of his tenure, Whiting donated his time on a voluntary basis; only during the second half was ACUI able to afford a token stipend for his services. Whiting also served in the U.S. Army from 1944–46 and later reenlisted and served 1950–52.

When he retired from the field in 1971, he received an ACUI honorary membership at the annual conference “for his 40 years of devoted service to the union at Cornell, for his 27 years of incalculable contributions to this association, for the thrusts forward he has given to the union movement by working steadfastly at it with talent and wisdom, and for being the already honorable person and friend he is.” 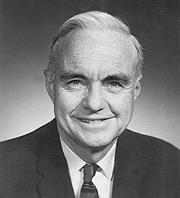