The Joseph H. Benedict Jr. Social Change Award for Racial Justice honors an institution that develops an outstanding social justice program that stimulates conversation and action among campus constituents. The recipient institution will receive $800 in recognition of their campus’s engagement with inclusive conversations and strategies which encourage institutional change and address racial injustices.

The Healing Space at California State University–Northridge provided the campus community with a space to address themes and systemic issues experienced within the Black community. The goals of this program were to encourage awareness, create dialogue, cultivate healing, and promote advocacy and social change.

Each week, the campus community—including staff, faculty, students, alumni, and community members—gathered to engage in dialogue around social injustice issues faced by the Black community. Following the program, participants were given an online assessment to evaluate the program and achievement of goals and what other topics they’d like to explore. 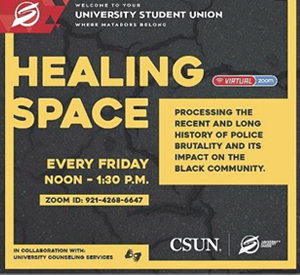 The review process includes, but is not limited to, an assessment of the criteria listed below. Due to the wide variety of programs that can be considered, a program does not need to meet every criterion. The program must:

All ACUI member institutions are eligible to apply for this award. For collaborative initiatives or partnerships, all institutions must be ACUI members. Eligible programs must:

The application process for this award will open in October 2021.

As the “Black Lives Matter” movement stimulated considerable discussion about blatant and subtle racial injustices toward people of color, Joseph H. Benedict Jr. noted the polarization that currently exists on college campuses, in the United States, and around the world, and that leadership is needed to develop and implement educational forums to discuss these challenging social issues. Through a generous gift from Benedict in 2016, this award was created to celebrate campus initiatives that stimulate conversation and develop action strategies for policy change that will address acts of bigotry and alleviate the injustice(s) identified.

A long-time ACUI member and volunteer, Benedict served as a regional director, chair for various committees, vice president for regional affairs, and on the Board of Trustees before becoming president in 1986. His career in higher education administration spans nearly 50 years, most recently serving as executive director of the student center at CUNY–Brooklyn College before his retirement in 2008. Benedict’s contributions to the college union and student activities field, as well as to the Association, were honored with the ACUI Butts-Whiting Award in 1994. He has been a mainstay of Region 3 and VII conferences for decades. 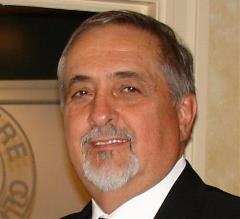 Electronic notification will be sent to confirm submissions have been received. A confidential Campus Awards Committee, appointed annually by the ACUI president, will review materials to make the selection. One recipient will be chosen, unless otherwise noted for the specific award. One physical award will be given to the recipient, who will be recognized during the awards ceremony at the annual conference and in subsequent publications.