ACUI's mission is to support its members in the development of community through education, advocacy, and the delivery of services. 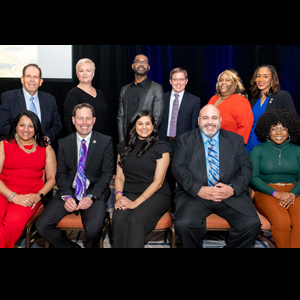 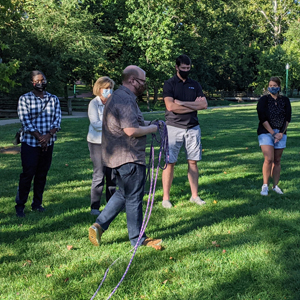 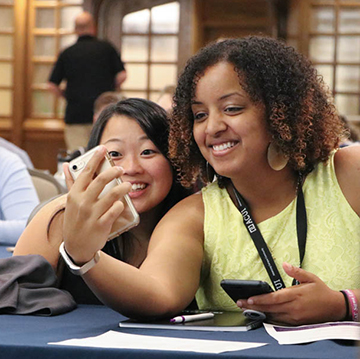 Directory Connect with colleagues and peers

Advance campus community through social justice and education to empower marginalized identities and to overcome racism and anti-Blackness.

Actively engage members and promote the Association to ensure the continued success of ACUI.

Identify viable strategic solutions to ensure the financial stability of the Association.

As one of the oldest higher education associations, ACUI dates back to 1914 when it was founded in the Midwestern United States by six students and one faculty advisor who were interested in learning how other universities were managing college union organizations.

Professional staff and student leaders met annually to share ideas and discuss common challenges. Diversity can be noted even in those early years as the Association’s first president was J.B. Bickersteth of the University of Toronto and an early leader, Edith Ouzts Humphreys of Cornell University, would go on to publish the Association’s first book. Now namesakes of ACUI’s highest award, Porter Butts and Edgar Whiting ran the organization, keeping its finances, planning conferences, lobbying the government, and publishing resources.

Following World War II, as campus enrollments surged, college unions were built to meet students’ cocurricular needs. ACUI began holding seminars and regional programs to reach its expanding membership. It even had an architect available for consultation as institutions constructed new facilities. In 1968, ACUI hired its first paid staff member, Chester Berry, and established an office at Stanford University. He would be the first of five chief executives to oversee the Association during its history.

In the late 20th century, ACUI became more like the association we know today. In 1972, Shirley Bird Perry of the University of Texas at Austin became the first woman president and in 1984 LeNorman Strong of Cornell University became the first president of color. Also during this time, identity and equity concerns led to the creation of interest-based committees and task forces. Meanwhile, the Association’s programs grew to focus on student leadership, many types of recreational activities, and professional managerial concerns such as budgeting, renovation, and staffing.

In the 2000s, ACUI reinvented itself as a knowledge-based organization and developed core competencies. In addition to educational programs, research and new services such as Procure and Promos help to stretch the benefit of membership. Today, ACUI is a nonprofit 501(c)3 headquartered in Bloomington, Indiana. Its workforce includes 20 paid staff members and more than 450 volunteers.