Higher education, and specifically student life, took Don Rohel on a rewarding and fulfilling trip across the United States. After earning degrees from SUNY–Cortland and Florida State University, one of his first student union jobs was at Texas A&M’s Memorial Student Center, followed by assignments on campuses in Iowa (Buena Vista College) and California, where he spent 17 years at California State Polytechnic--Pomona. When he retired in 2019, he had spent 18 years as student center director at Shepherd University in West Virginia. 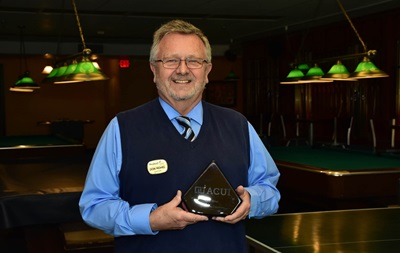 Beginning with those first six years spent at Texas A&M, and consistently thereafter, Rohel consistently contributed to ACUI. Through his leadership at the regional level to

supporting ACUI’s Annual Conference, Rohel’s call to volunteer has been recognized time and again. For Rohel, the ACUI regional experience—he spent over 30 years volunteering in various regional leadership roles—for which he expresses the most fondness.

“For me, it has always been more than the in-depth professional development that ACUI has offered,” he said. “It’s also the friends and colleagues, the camaraderie that has been simply outstanding, especially with the regional experience. You just can’t get a better education than from your own colleagues.”

Now Rohel is giving back again—this time with a $20,000 gift to ACUI on its annual Day of Giving.

“For over four decades Don Rohel served in college unions for the betterment of students and colleagues alike,” noted ACUI Chief Executive Office John Taylor. “His commitment to the role of the college union through his support of ACUI has been equally impassioned over those years, and today he has once again demonstrated his love for the field with this incredible gift.”