The University of Washington’s L. Lincoln Johnson was recognized with ACUI’s highest honor, the Butts-Whiting Award, for his significant contributions to the college union and student activities movement. Johnson, associate vice president for student life, received the award during a live ceremony at the Association’s 2022 Annual Conference in Chicago. 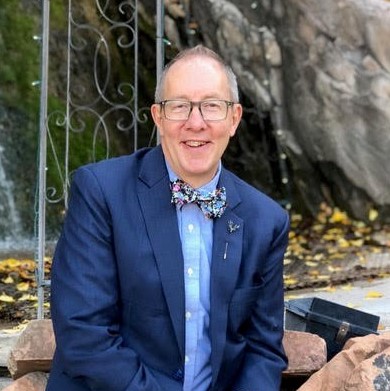 Johnson has more than 30 years of senior leadership experience in higher education, working at small, large, public, private, and faith-based institutions. He’s been an active volunteer with ACUI since 1995 and has been at the University of Washington since 1996, where he first served as director of the Husky Union.

“For decades, Lincoln Johnson has continued to serve as a role model for our association and our campus communities,” said ACUI Chief Executive Officer John Taylor. “His willingness to participate, the energy he directs toward others to become involved, and his commitment to maintaining a culture of care on campuses are but a few of the attributes that have made his contributions so significant.”

Johnson served as ACUI president from 2007–08 and as an at-large Board of Trustees member from 2000–02 and 2006–09. For Region 14, he served as regional director and conference chair, for which he received the region’s Solbach Award for Distinguished Service. Additional ACUI volunteer roles include ACUI’s public policy liaison and chair; member of the Gay, Lesbian, Bisexual & Transgender Concerns Committee; and member of the Educational and Research Fund team.

Last year, Johnson announced he was making a major planned gift to ACUI as a “way to honor and embrace the lessons, guidance, and mentorship from the many ACUI colleagues who have helped me become a better and stronger leader and student development professional.”

Johnson began his professional career at Mississippi State University after graduating from Baylor University with a master of science in student development and higher education in 1988. At the University of Washington, he oversaw a multi-million-dollar renovation of the Husky Union, initiated a Civil Conversations program, and continues to serve on the university faculty council for student affairs, is an ex-officio member of the Services and Activities Fee Committee, and is liaison with Intercollegiate Athletics.

In making the announcement before a live audience, Dave Barnes, James Madison University director of University Unions and ACUI past president (2012–13), reflected on nominator statements in support of Johnson receiving the honor.

“He constantly reminded me of that difference that I and so many of my colleagues were making, making it clear that we were supported whole-heartedly,” one student nominator wrote. “He emphasized that our work, and more importantly, that we as individuals, mattered. It made all the difference.”

Barnes added, in reflecting on his own professional relationship with Johnson, “Lincoln reflects the best of the college union activities profession, and I consider it one of the joys of my professional life that I’ve had the opportunity to learn and work with him.”