ACUI is announcing a major planned gift from L. Lincoln Johnson, associate vice president for student life at the University of Washington and a longtime supporter of the Association. ACUI Chief Executive Officer John Taylor said Johnson was making the contribution as part of his estate planning.

“Lincoln Johnson has served as a leader and supporter of ACUI in so many ways, and this planned gift is another example of his foresight and commitment to our association,” Taylor said. “We are so grateful for his generosity and for being a role model for our community.”

Johnson has worked in higher education for over 30 years and began his work at the University of Washington in 1996 as director of the Husky Union Building. During his tenure, he has served as a leader and mentor with ACUI in a variety of roles, including as a member of the Board of Trustees, association president, Regional Conference 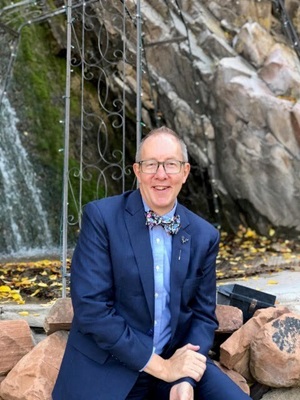 chair, and as a regional director, which he notes was his favorite role within the Association. On numerous occasions, he has contributed to ACUI educational offerings as an author, presenter, and panelist.

In making the announcement, Taylor said the bequest would be designated for the Education and Research Fund’s general fund without specific limitations on its use. “Lincoln conveyed his personal interests in making this commitment, but he wanted to provide as much flexibility as possible.”

“While my heart lies with graduate students and new professionals, I didn’t want to put restrictions on my donation,” Johnson added. “Who knows what the needs of the Association will be many years from now.”

Johnson sees his planned gift as a way to honor and embrace the lessons, guidance, and mentorship from the many ACUI colleagues who have helped him become a better and stronger leader and student development professional.

Johnson earned a master’s degree from Baylor University in student development and higher education and has been a longtime advocate of shared leadership approaches, operating from integrity, and fostering an organizational culture of grace.


“This culture of grace revolves around allowances given to all for a time to step back and reflect, review, and regroup, which then allows for a different level of care and response to be evidenced,” he once wrote in ACUI’s The Bulletin.

Anyone can make a bequest to the Association by contacting Taylor at jtaylor@acui.org. It’s one of the easiest gifts to make. Not only can it reduce the burden of taxes on your family, but it can send a message to others about personal values and provide satisfaction that your gift will support the Association into the future.