ACUI Past President Ron Loomis died September 26. Throughout his career, Loomis was actively engaged as a volunteer and avid supporter of the Association. 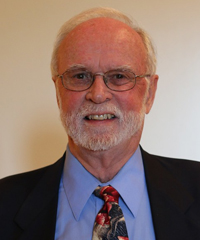 Loomis served on the Board of Trustees from 1970–77, including a term as president from 1976–77. In the 80s and 90s, he held numerous roles with the Committee of Multi-Ethnic Programs and College Bowl. Loomis was awarded an honorary membership in appreciation of his support for the Association.

Loomis spent much of his career at Cornell University, where he served as director of University Unions and activities. He also worked at Hamilton College and the University of Wisconsin–Madison.

More information about Loomis’s impact on ACUI and the profession will be shared in the upcoming Bulletin. A full obituary may be found here.