Results Announced of the 2019–20 Board of Trustees Election

January 24, 2020
This news update was originally posted December 5, 2019 and has been updated to reflect those individuals beginning terms in March 2020.

Throughout October and November 2019, elections were held for open positions on the ACUI Board of Trustees. Overall, there were 462 ballots cast out of 3,069 eligible voters, representing a 15.1% voter turnout.

Beginning terms during the Annual Conference in March 2020 will be: 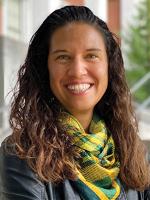 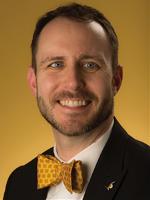 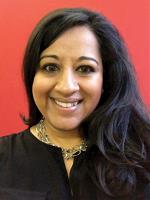 
The overall 15.1% turnout in this election compares to a five-year average of 13.1% participation. Of eligible voting members, 15.2% of professionals and 9.7% of students cast a ballot. A detailed overview of the participation in this year’s Board of Trustees election,

including a voter breakdown, is available here [pdf].

In January 2020, incoming at-large member Alistair Cowie withdrew and was replaced by Duke, who received the next highest vote count. These individuals will be joined by Christopher J. Caldwell (right), University of Houston, who was appointed to serve a one-year term as student member of the board.

Thanks to all of the candidates who volunteered to serve ACUI, and congratulations to the new members of the Board of Trustees.