Past President Manny Cunard Passed Away 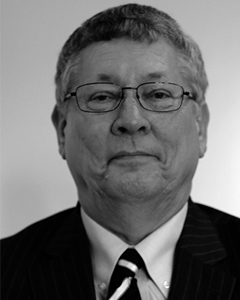 Manny Cunard passed away March 28, 2018. During his 50-year career directing student centers, activities programs, and auxiliary operations, Cunard excelled in his endeavors to advance campus community and serve the Association.

"Manny was an exceptional professional and a friend to many," said Dr. John Taylor, ACUI chief executive officer. "He will be missed."

In addition to serving as president from 1992–93, Cunard was on the board as an at-large member from 1985–87 and chaired the 1984 Annual Conference in St. Louis, the Committee on Educational Programs and Services, and the Development Fund Advisory Committee.

Cunard always saw potential—in people,facilities, and services. For ACUI, he saw the benefit that could come from having a unified vision and strategic plan, which he addressed through his "Presidential Perspective" pieces in The Bulletin.

"And with a strong sense of community and a shared vision for the future, we will continue to enhance that very unique partnership between a profession and an association which has been the basis for our success for 79 years," Cunard wrote in the May 1992 Bulletin.

Cunard found great joy in mentoring students. He provided guidance and support to hundreds of students, many of which became colleagues in the profession. ACUI acknowledged this dedication in two ways. In 1994,after his time at Colorado State University, Cunard was honored with Region 13's Pat Moonen Service Award. And in 2017, friends and colleagues raised funds to establish ACUI's Manny Cunard Scholarship, which gives a student who aspires to be a student affairs professional the opportunity to attend the Annual Conference. It was awarded for the first time this year.

"Manny had a passion for serving others and made a difference in the lives of thousands of students," said Toby Peters and Gail Olyha, both of whom helped raise funds for the scholarship. "Creating a scholarship in his name was a perfect tribute."

When he was informed about the scholarship, Cunard said, “My life has been defined by the friendships made and by the wonderful experiences I’ve had with ACUI. I only hope that my commitment and my work over the years has played some small role in supporting the important work we all do on our campuses.”

Cunard dedicated his career to improving services for students. During his time as director of the Lory Student Center at Colorado State University (1983–94), Cunard reversed a budget deficit while expanding union offerings. At Wesleyan University (2002–06), he made upgrades to dining services and instituted the One-Card Access Program. And at Brown University (2006–09), Cunard made positive improvements to bookstore operations. Additionally, Cunard served as the executive director of the National Association of College Auxiliary Services from 1994–2001.

In 2006, Cunard started a consulting business, Campus Life Concepts LLC, where he could put his ability to see potential into practice for college and universities considering renovation, expansion, and reorganization of student life and student service organizations on campus.

Cunard spent the last decade with Habitat for Humanity. His various roles included building committee chair and executive director of the Old Colony affiliate. Cunard was instrumental in the organization's most recent build and was able to attend the dedication of that home in June 2017.

"He had a storied career," Peters said. "He excelled in all his endeavors, especially as director of the union. No one did it better."