Thank You for Attending #ACUI21!

Thank You for Attending the 2021 ACUI Virtual Annual Conference!

All attendees received the evaluation via email; be sure to complete it so we can continue to improve our educational experiences.

Materials received from presenters may be found in Eventsential (within the session's schedule entry), and complete archived resources from the virtual event—including video recordings, presentation materials, and transcripts—are now available. Current registrants can access the library when logged in to the site; those who were not registered for the event can sign up for access.

If you have any questions about the conference, please email acui@acui.org.

Mikki Kendall is a writer, diversity consultant, and occasional feminist who talks a lot about intersectionality, policing, gender, sexual assault, and other current events. Kendall is the author of Amazon, Abolitionists, and Activists and Hood Feminism, and she has discussed race, feminism, education, food politics, police violence, tech, and pop culture at institutions and universities across the United States.

Her essays can be found on TIME, the New York Times, The Guardian, the Washington Post, Ebony, Essence, Salon, The Boston Globe, NBC, Bustle, Islamic Monthly, and a host of other sites. Her media appearances include BBC, NPR, the Daily Show, PBS, Good Morning America, MSNBC, Al Jazeera, WVON, WBEZ, and Showtime. 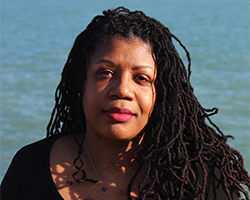